A late penalty by Robbie Dale secured Ashington’s place in the first qualifying round of this season’s Emirates FA Cup for the first time in eight years.

Dale duly converted in the 83rd minute to book the Colliers their spot after what was a tricky contest against Tow Law at the Ironworks ground.

A difficult wind made conditions difficult and apart from two brilliant strikes – one for either side – Craig Spooner for Ashington and Ethan Bewley for the hosts, the cup tie was certainly not one which will remain in the minds of supporters for too long.

Chances were sparse – yet in a game which was a drab affair, two of the three goals were shrouded in controversy.

The Lawyers went into the clash after a tumultuous effort had seen them knock out Tadcaster Albion in the last round following a replay – and they could have taken the lead as early as the eighth minute when a header by Bewley was cleared off the line by Jordan Summerly.

But four minutes later, the visitors took the lead with yet another stunning strike by Spooner.

Following a corner, Darren Lough played the ball into the path of the midfielder who unleashed an unstoppable right footer from the edge of the area which left home ‘keeper Tom Orton helpless.

Within sixty seconds, Bewley struck over then from an Andrew Cartwright flag kick at the other end, Dean Briggs fired wide.

Tow Law drew level in the 35th minute. Ashington claimed that striker Adam Johnson was fouled just outside the home penalty area but play continued and when Bewley got possession, he let fly with a rasping effort from 20 yards which gave goalkeeper Karl Dryden no chance.

The first chance of the second period surfaced midway through the period when a long range effort from Spooner flashed just wide of Orton’s right hand post.

Then in the 75th minute, Ashington pieced together the best move of the entire match.

Summerly and substitute Paul Robinson worked the ball down the left in a swift one-two exchange and when the former crossed, Briggs placed his effort narrowly wide on the volley.

With seven minutes remaining, the Colliers broke down the right and when Cartwright went to ground inside the area, the assist flagged to indicate a penalty and referee Evan Culling pointed to the spot.

Tow Law disputed the decision but when the dust settled, it was an ice-cool Dale who stepped forward and scored, sending Orton the wrong way.

Two minutes form the end of normal time, Ashington had a great chance to put the game to bed when Summerly again supplied a cross from the left but Briggs’s effort crashed against the bar and was cleared to safety.

It was back in the 2014-15 season when Ashington last reached the first qualifying round of the FA Cup. They drew 2-2 against Scarborough Athletic at home before losing the replay 1-0. 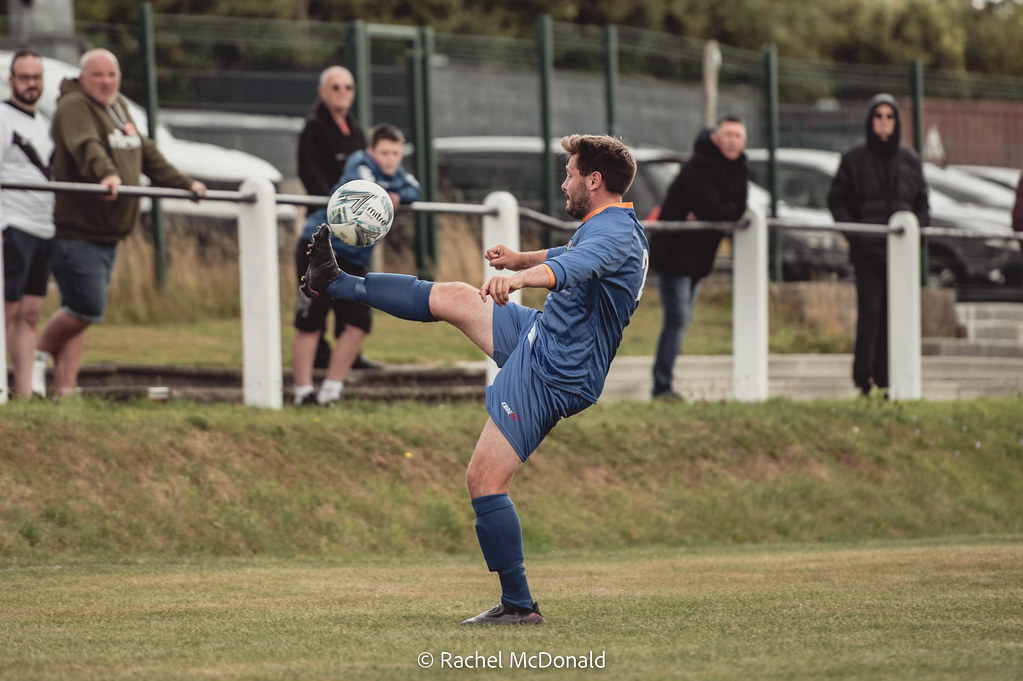