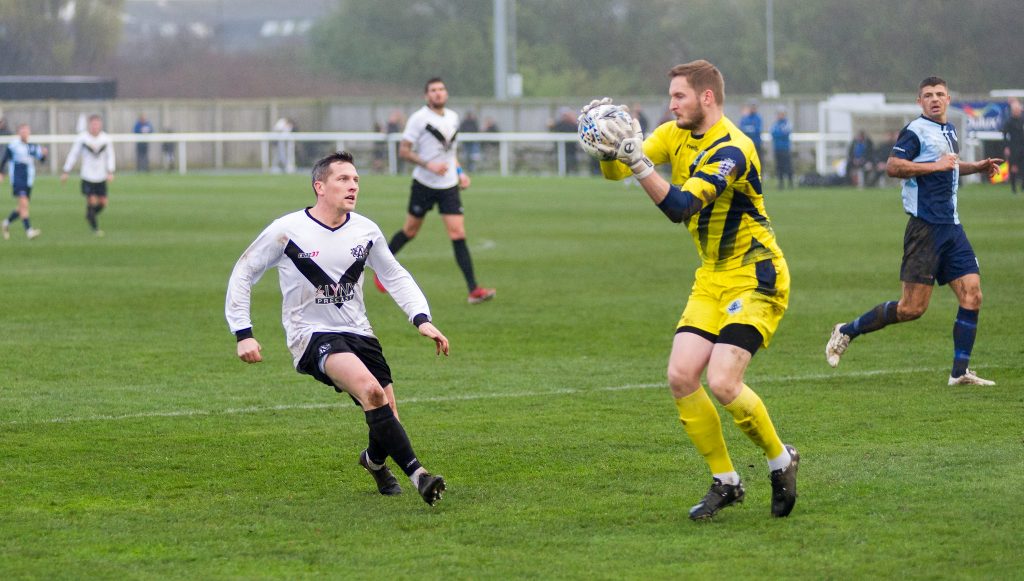 Ashington FC striker Dan Maguire got back on the goals trail on Saturday as a strong and convincing second half display by the Colliers saw them rip the Bishop Auckland defence to shreds in a dominant 5-0 victory.

And afterwards Maguire, delighted to get his name on the score sheet with an effort sandwiched in-between a brace from skipper Ben Harmison, said he was ‘thoroughly enjoying’ his time at Woodhorn Lane.

Harmison also claimed the assist for Maguire’s goal, flicking the ball wide to the ex Blyth Spartans man who cut inside before steering his shot inside the post: “It was great to see the ball hit the back of the net and naturally I was pleased to get on the mark once again,” he said.”

The forward, one of manager Ian Skinner’s summer signings, has been a revelation up front – something which has not gone unnoticed by supporters at Woodhorn Lane.

“I’m thoroughly enjoying my time here,” he added, “It was smashing being part of the club’s recent run in the Emirates FA Cup but after returning to league action and having had a couple of disappointing results against Newcastle Benfield and Heaton Stannington, it was important that we bounced back – and we’ve done that with three wins in a row.”