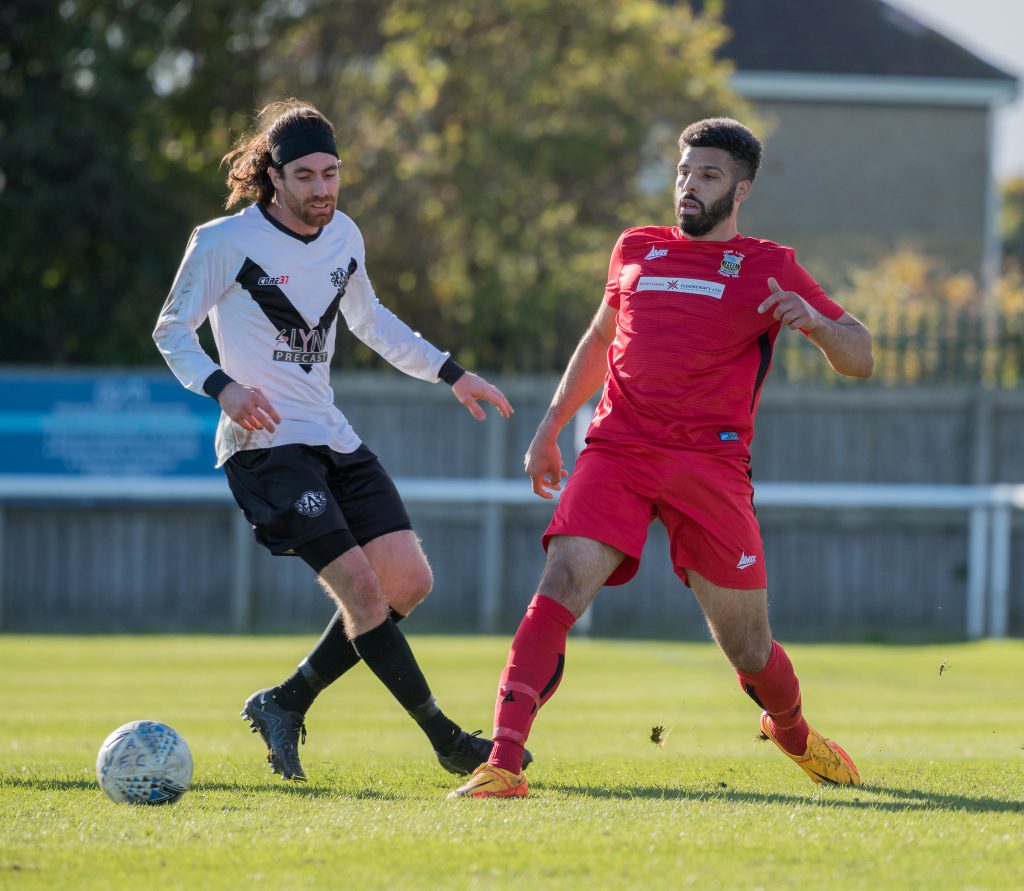 Ashington FC’s Luke Salmon has now scored in consecutive league matches – and the left sided defender or wing back is naturally delighted.

After being on target in the away match at Penrith, Salmon once again showed whole hearted commitment as he met a pinpoint cross from the right by Yannick Aziakonou to bullet home a header in Saturday’s Ebac Northern League first division encounter against Tow Law at Woodhorn Lane which the Wansbeck outfit won 2-1.

Salmon’s goal came five minutes before half time and was the equaliser after Andrei-Vasile Ardelean had given the Lawyers a shock lead on the half hour. An 82nd minute penalty converted by home skipper Ben Harmison wrapped up the points for Ian Skinner’s side.

The 31 year old said later: “The goal which brought us level made us feel more comfortable and Yannick (Aziakonou) has put a superb ball in. To be honest, it (the ball) came from nowhere and I wasn’t expecting it. Yannick ended up upside down whilst I was at the back post and the ball was just right for me to dive and head it in.”

North Shields-based Salmon continued: “Unfortunately for Jordan Summerly, he took ill during the week and I’ve stepped in but the same thing happened to me at the beginning of the season because I was on holiday and missed the first three games. We have a big squad here so when you come into the side you want to try and keep hold of the shirt. I’m happy to be in the team – and I’m happy with my form.”

Casting an eye towards Saturday’s fourth qualifying round tie in the Emirates FA Cup away to Kings Lynn, Salmon – a teacher – said: “We’ll go into the clash with confidence. We’ve been underdogs three times (against Ashton United, Bradford Park Avenue and Stocksbridge Park Steels) but we’ve gone into each game thinking – and believing – that we could win. I know they (Kings Lynn) are top of their league but we are also flying and we’ve got a class team so anything can happen.”