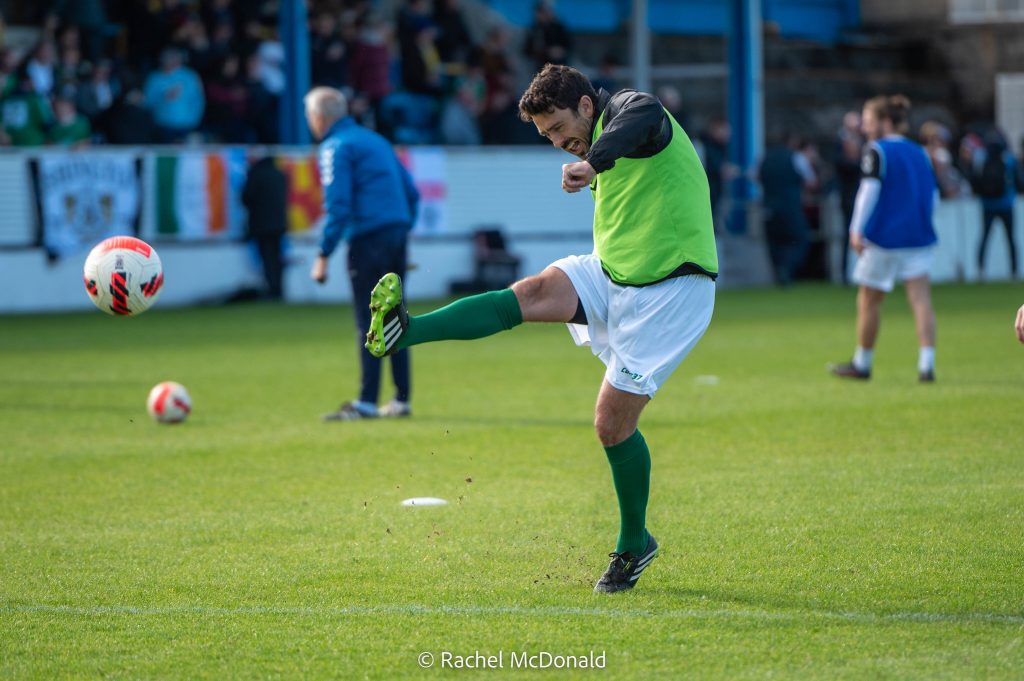 Ashington FC midfielder Paul Robinson revealed after the Colliers had advanced into the fourth qualifying round of the Emirates FA Cup with victory in their replay against Stocksbridge Park Steels that the players had gone into the rematch in buoyant mood.

Robinson, scorer of the second goal in a 3-0 win, said afterwards: “First of all, it was a brilliant result for the club but to be honest, we went into the clash fancying our chances. Obviously I didn’t play on Saturday but I thought we should have won down in Sheffield because we were by far the better team. Consequently you could tell by the way we started really well, that we really thought we could finish the job off.”

Newcastle-born Robinson – a football coach for Pro:Direct academy – continued: “After we got off to a great start with two goals inside the first ten minutes, it got a bit scrappy after that but I thought the third goal after 55 minutes came at the right time because it killed the game and it was then a case of us trying to see it through. We could have got a couple of goals near the end from breaks when the fresh legs from substitutions, made a difference for us but all in all it was a fantastic night with a brilliant crowd and was tremendous for the club.”

The midfield maestro was on the mark – with a header: “All I thought about when the ball came to me was to get a half decent connection and keep it (the ball) high – and it looped into the roof of the net. It was a nice feeling. I’m 38 now and these moments might not come around much longer so it was a case of enjoying the moment.”