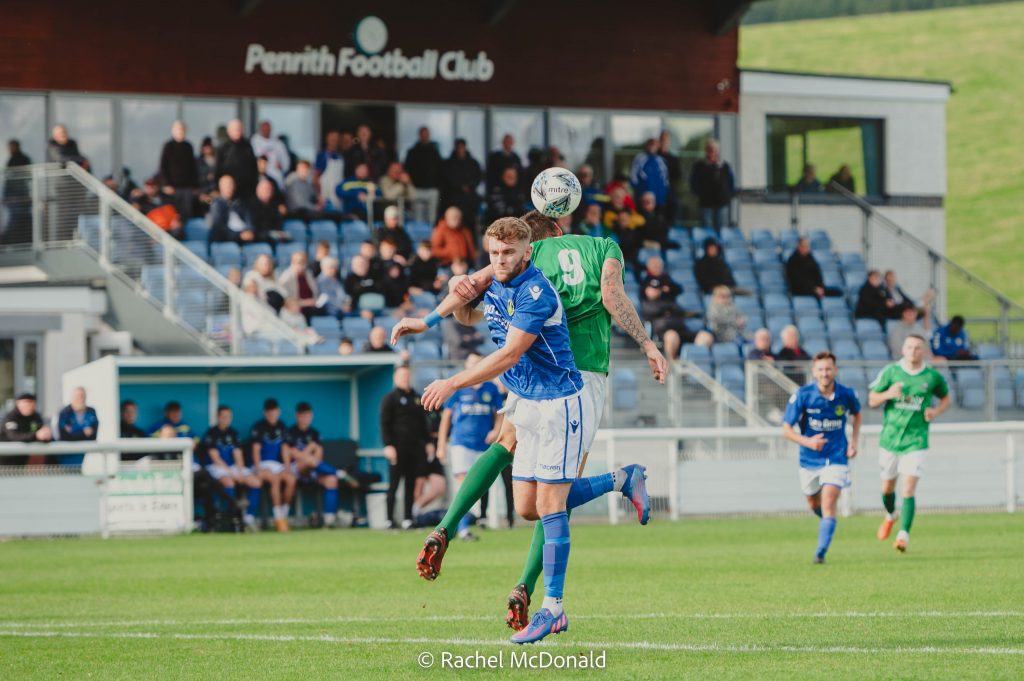 Ashington FC manager Ian Skinner admitted that his team did not fire on all cylinders in their 2-0 victory over Penrith in Cumbria on Saturday – but said afterwards that it was very much a case of ’job done.’

On their return to league action, goals from Luke Salmon and Adam Johnson put the Colliers back amongst the leading pack in the first division of the Ebac Northern League and Skinner was clearly delighted that although his team were not ‘as slick’ as he would have liked, they nevertheless came away with all three points from a ground which traditionally has always been a difficult place to get a result.

“We weren’t at our fluent best but you’ve got to remember that I made seven changes from last Saturday,” he said afterwards, “The thought process behind that was that a lot of the players I left out today have played in two big cup ties which took a lot out of them both physically and mentally. We also had a number of lads who needed to get out on the pitch and play some games and showcase what they can do and I thought today was a good opportunity for them to try and do that. So that’s probably played a part – not in what I would call a bit of a disjointed performance as that would be a little unjust but where we certainly weren’t as slick as we have been earlier in the season. That said I know anytime to score a goal is a good time but to get one 90 seconds before half time was perfect because had we gone in level, we probably would have been more frustrated than going in 1-0 ahead.”

He continued: “The second goal came through Adam Johnson’s persistence – and I was pleased for him to be on the score sheet again – but second half we never really got going. There was a period of about 15 minutes where Penrith knew they had to push forward a little bit and they’ve started to work the ball into our area but I thought we defended well. Then for the last ten minutes we got our foot on the ball and moved it around a bit and we saw the game out relatively comfortable. I also had the luxury of bringing on one or two players at the end who probably could have added to the scoreline but I’d have taken a 2-0 score line beforehand.”

He added: “I thought Ryan McKinnon came into the side today and looked very solid – but we knew before he even kicked a ball for us that we’d signed a proper player and he didn’t look out of place. All in all I’m delighted – maybes not so much in how we’ve played but delighted in the fact that we’ve won 2-0 and got three points; delighted we’ve kept a clean sheet; delighted that I’ve managed to get players game time and delighted because over the last four games, we’ve only conceded one goal so that’s another positive.”

He concluded: “In terms of the day itself, if you take the performance out of it – and that’s me being a person who demands high standards at all times – then you take into consideration the number of changes, it’s a case of job done. Now we’ll dust ourselves down and go again on Tuesday in the Northumberland Senior Cup at West Allotment.”