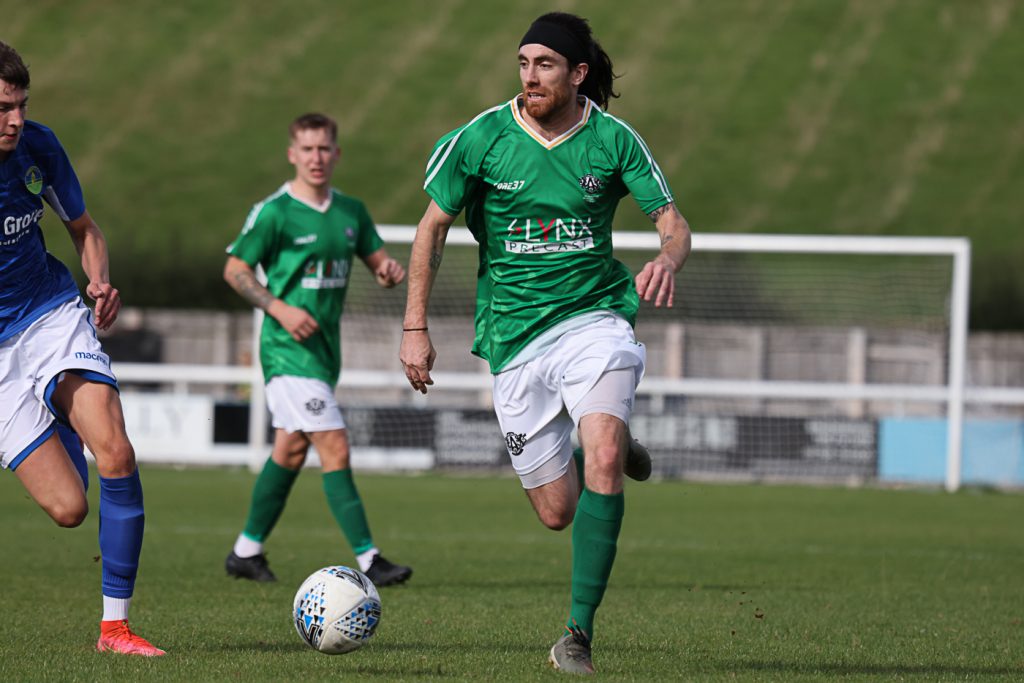 Ashington FC’s Luke Salmon scored his first goal of the season in his sides 2-0 victory over Penrith on Saturday – and the 31 year old was delighted to get off the mark: “We got the three points which we came for as well as a clean sheet and to score my first goal of the campaign was the icing on the cake,” he said afterwards.

North Shields-born Salmon who came back into the side added: “I was happy with my overall performance and defensively I thought I did okay. Things got a bit scrappy towards the end of the game and we weren’t playing with the amount of possession that we probably would have wanted but in the end we got the result.”

Salmon found the net shortly before half time: “I banked on Paul Robinson to get the flick on which he did and after going past a defender, I put my eyes across the box as if I was going to square the ball then slotted it in,” he added, “It’s always nice to get on the score sheet – but this was my first goal of the season and it came at a good time for us.”