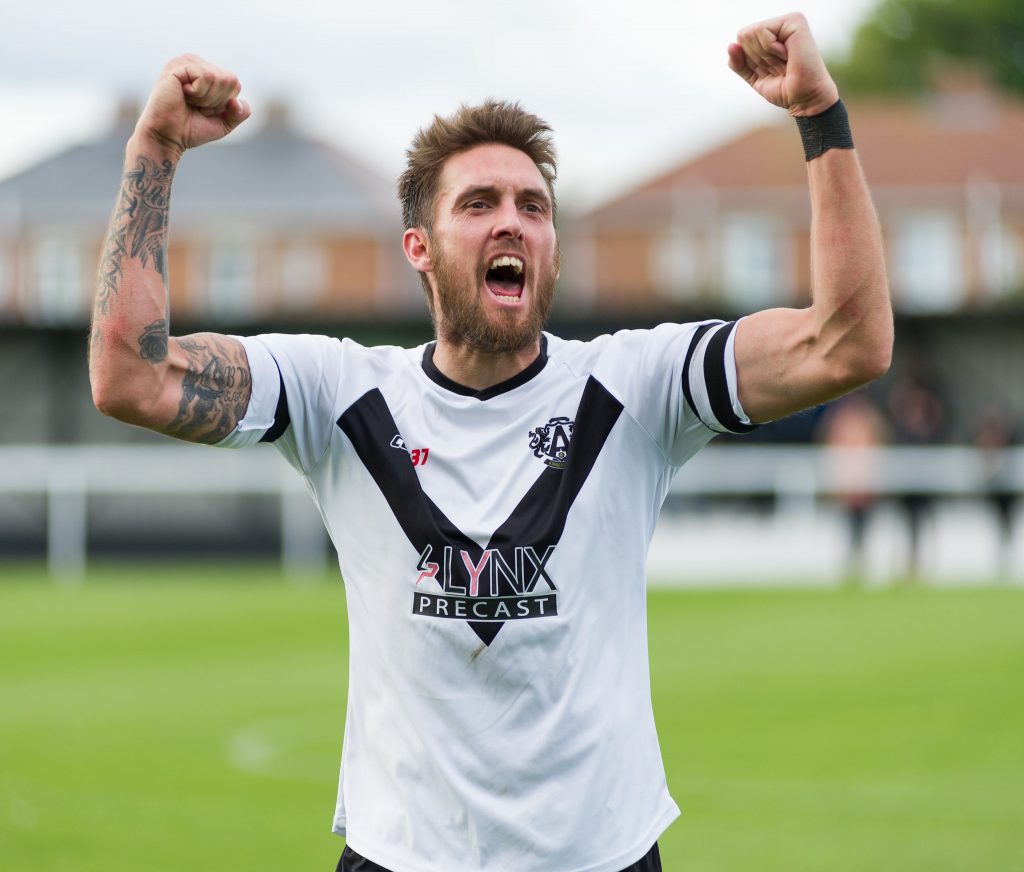 Ashington FC skipper Ben Harmison described the Colliers’ win over Bradford Park Avenue in the Emirates FA Cup at Woodhorn Lane as being a ‘day to remember.’

Harmison went into the contest with an extra spring in his step after helping Ashington Cricket Club to win promotion to the Premier Division of the North East Premier League.

And the 36 year old not only led from the front at Woodhorn Lane with a colossal display but also netted what proved to be a crucial second goal for the black and whites with quarter of an hour of the clash remaining.

Harmison said afterwards: “The result was brilliant – and we deserved to win. We knew about Bradford and that they were struggling in their league – whilst we were confident. Our manager Ian Skinner had been to watch them and reported back to us that there was no reason why we couldn’t win – and that’s the message which we took into the game. We had nothing to fear and had that belief that we could beat them and it didn’t matter to us that they were three levels above us because we’ve got players in our side that can easily play at that standard.”

He continued: “The early goal helped us and then for a period of ten minutes, we made them look ordinary. However, for some reason we took our foot off the gas and let them come into it with the wind. They had some quality on the left, putting balls into the box but we defended well as a team.”

Harmison was pleased to get his name on the score sheet with a looping header: “I looked to get a good contact on the ball and let the wind take it in,” he said, “Naturally I was delighted when the ball hit the back of the net because it put us 2-0 up and gave us a bit of a cushion. I thought we were getting tired and it showed in the last ten minutes which was understandable for a club at our level.”

He went on: “We are in the hat for the next round and with the exposure the club will get, it was a fantastic day. To get this far in the competition is not just brilliant for lads but for the fans and the club in general.”