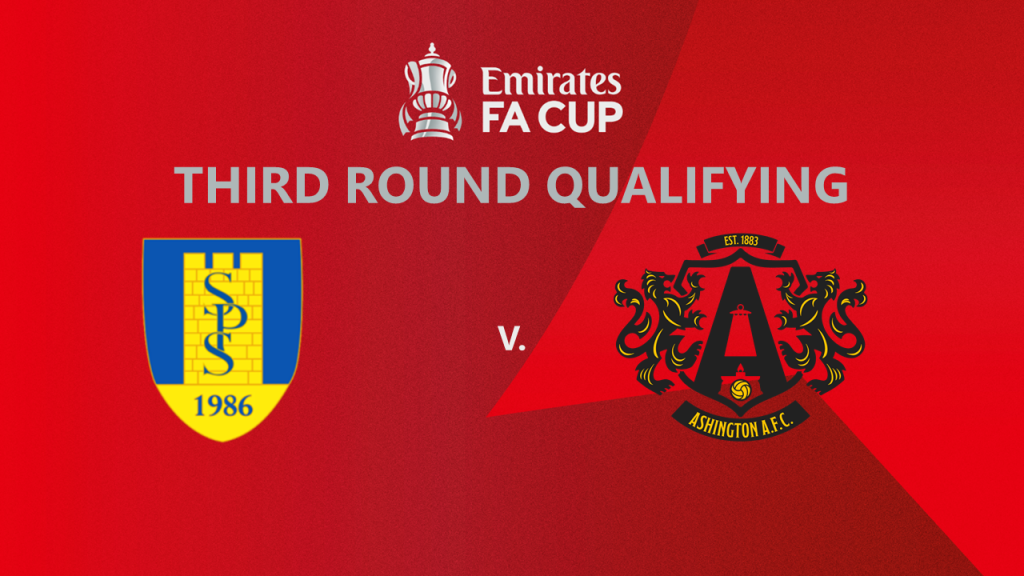 Ashington FC manager Ian Skinner’s immediate reaction on hearing the draw for the next round of the Emirates FA Cup was one of disappointment – and that his side will face a ‘real tough tie away from home’ when they travel to face Stocksbridge Park Steels on Saturday week (October 1).

The Colliers booked their place in the third qualifying round on Saturday after a 2-1 win over Bradford Park Avenue at Woodhorn Lane whilst at the same time Sheffield based Stocksbridge – who play in the Pitching In Northern Premier League East Division – scored a late winner against Marine to secure their spot.

Skinner said: “First of all, I was disappointed that we didn’t get a home tie because that’s what we really wanted. I think the draw could have been more unkind in terms of the opposition but obviously we will still give Stocksbridge the respect they deserve. They play in a step above us so we’ll be gathering as much information on them as we can.”

He continued: “We’ll prepare properly – just like we do for every game – and we’ll have a little look at where our strengths lie and potentially some of the areas we think we can exploit in their team. It will be a real tough tie away from home but it’s one which we’ll look forward too. No doubt we’ll take a good following of supporters and we’ll be giving it our best shot.”

Meanwhile Skinner’s thoughts this week turn to Saturday’s away trip to face Penrith in an Ebac Northern League first division clash and he said: “It’ll be nice because it feels like ages since we last played a league game. Our last outing was away to Carlisle City three weeks ago so it’ll be good to close the gap on those number of games because some teams are into double figures now with matches played whilst we have only completed six so we’ve got a lot to catch up on. However, if I’m honest if someone had said to me before the start of the season that we may need to catch up on a few league games but have a good run in the FA Cup, I think I would have taken it.”