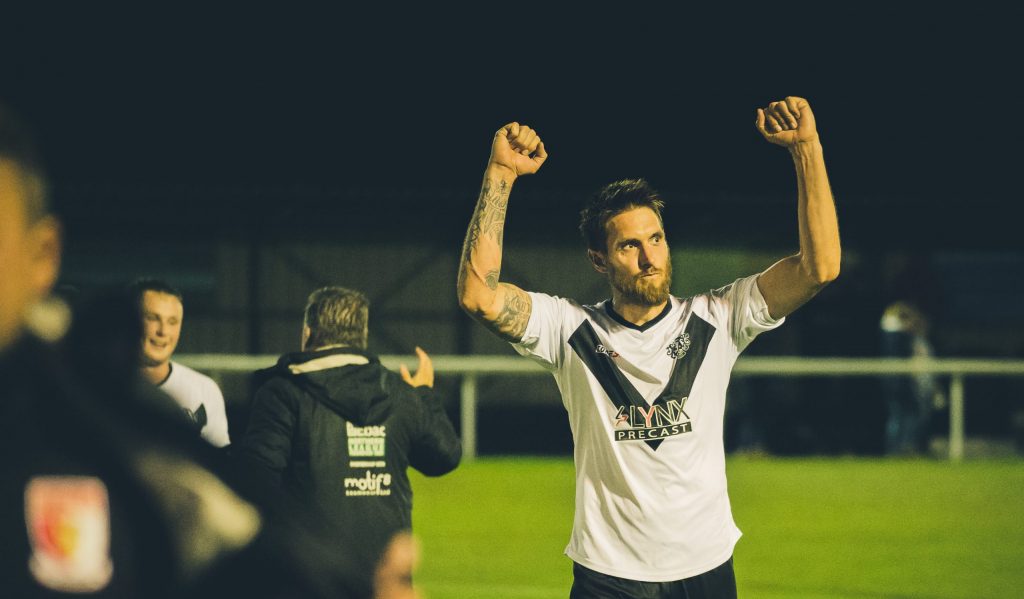 Ashington FC skipper Ben Harmison poured praise on his team mates and the management team at Woodhorn Lane on Tuesday night after the Colliers came from behind to beat Sunderland RCA 2-1.

The victory kept them at the head of the Ebac Northern League’s first division and also preserved their 100 per cent record after five matches.

RCA took the lead early doors through Mark Davison and it was Harmison – who came off the substitutes bench – who notched a brace inside the final quarter hour.

Afterwards Harmison said of his goals: “For the first, when Dan Maguire got the ball, I just tried to get across the front man. The ball was a little bit behind me and a back flick was the only thing I could try to do – and it came off. Then for the winner, Robbie Dale got so far down the left; cut back in and I was lurking at the back post and as the wind was coming across, Robbie just stood the ball up and I got on the end of it. It was a fantastic feeling to see the ball hit the back of the net and naturally I was delighted.”

The 36 year old believed his sides patience and decisions from the dugout were key factors in the comeback: “RCA had got the goal and the way they played it has helped them,” he said, “They just sat in and got blocks in and cleared off the line and if we had scored in the first five or ten minutes, I think we could have gone on to get five or six. We gave them something to hold onto and we knew we had to be patient but it gets to a point where you are running out of time so the management put some forwards on and we went a bit direct and it paid off.”

Harmison is happy to adapt – whether it be playing in the back four or as a striker up front: “I’ll do whatever is needed,” he said, “I knew before I went on tonight that it would be in a forward position. It suited us a little bit more because we had runners either side so I just had to lurk in, in dangerous areas on the back post as well as the diagonals and try and get little flick ons. It doesn’t come off very often but it did tonight and we deserved it. We must have had something like 90 per cent possession but we didn’t panic – we just kept pushing and our character and belief shone through. It feels like a really good win tonight and the fans helped us massively so for them to go home happy was much deserved.”