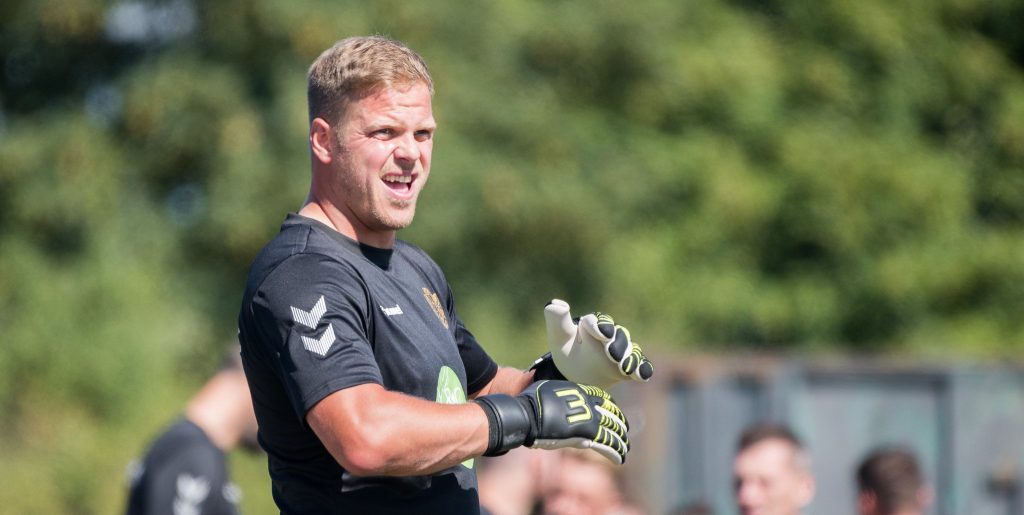 Ashington FC goalkeeper Karl Dryden has put pen to paper on a contract with the Woodhorn Lane outfit.

Manager Ian Skinner said after the 2-1 win over Sunderland RCA on Tuesday night: “Karl (Dryden) has signed a contract and we are delighted. We have got two very, very good goalkeepers – the other being Kyle Hayes – who have both committed to the club which means we are in a very strong position in that department. Both Karl and Kyle are very experienced and have played at a higher level. They are a good pair in terms of when one is playing the other – whilst disappointed at not being selected – takes on the role of goalkeeper coach and makes sure his team mate is warmed up before a game. They also do little bits in training together before I need them in the main session and are going to scrap it out for the jersey – which will only bring out the best in both of them.”