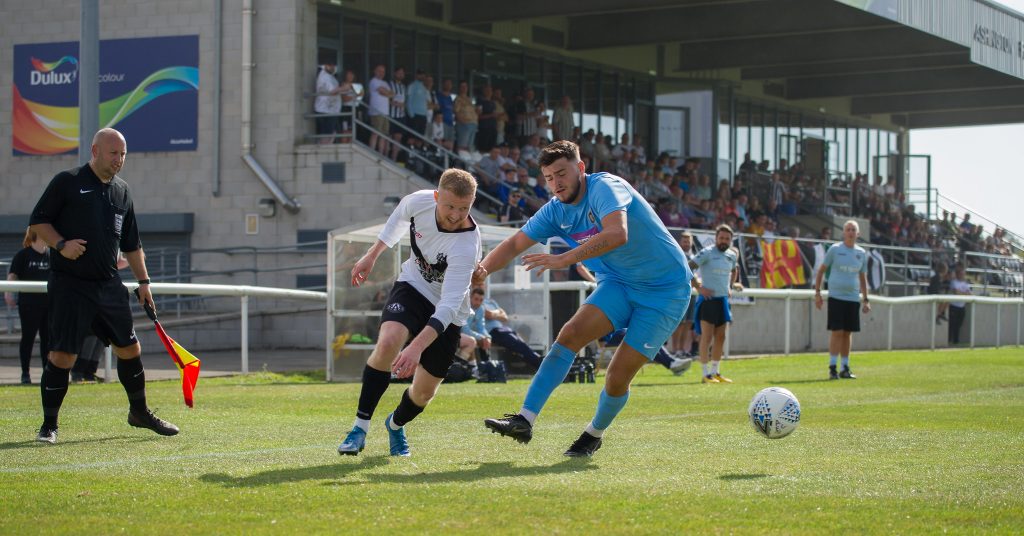 Johnson made his first Ebac Northern League start of the season in Tuesday’s win over West Allotment Celtic – but has come off the bench in the Colliers’ other three ENL matches.

Johnson is still looking to record his first goal this term – but that didn’t stop Skinner from giving him a pat on the back: “I’ve said to AJ (Adam Johnson) ‘I know you’re a centre forward and people look at goals – but there’s more to his your game than just that and you won’t be judged just on scoring.’

Skinner continued: “I think there were a couple of occasions against Crook Town today where Adam took a shot on when there was probably a better option – but he causes defenders problems with his pace and power and the ball in for Dean Briggs’s second goal was a great pass. He went on for the final 25 minutes and has contributed with two assists for the five goals – so he’s made a big difference.”