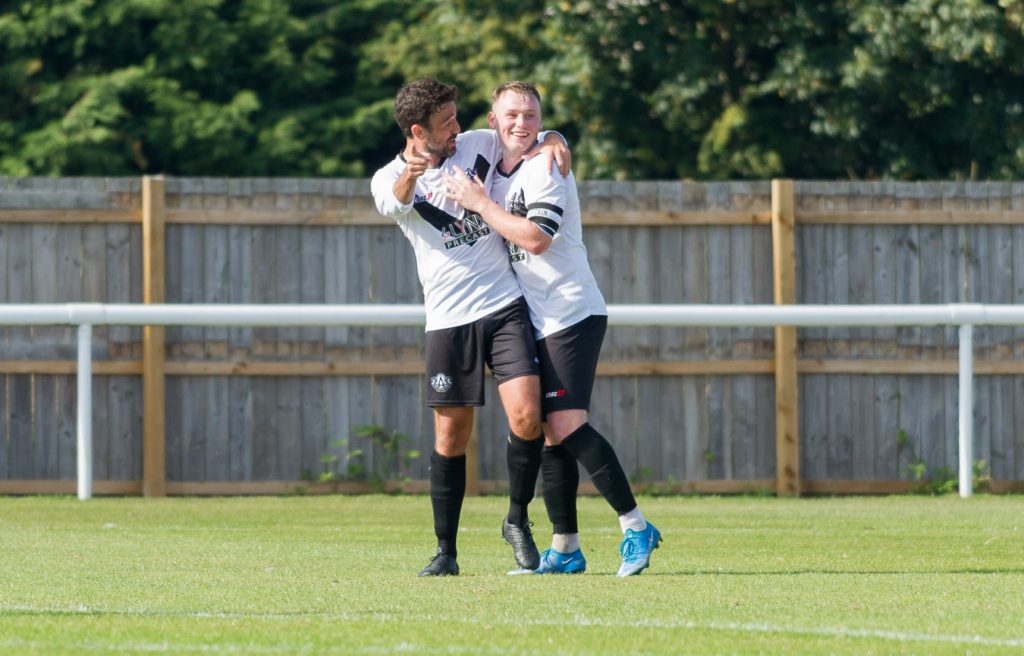 Dean Briggs says he hopes he is back on the goals trail – after netting a superb hat trick in Ashington’s 5-0 victory over Crook Town at Woodhorn Lane on Saturday.

The midfielder admitted that he was getting a ‘bit of banter’ from his team mates recently after failing to open his account – but hopes that is a thing of the past.

“It was good to get off the mark in the Emirates FA Cup win over Newton Aycliffe last week but today it was just a case of being in the right place at the right time,” he said, “For the second and third goals, AJ (Adam Johnson) has done really well. He put it (the ball) straight across goal then for the next one, it was a good ball in and I took the finish quite well. I’ve got to admit that my eyes lit up – I hit the ball first time; hit the target and luckily it went into the bottom corner and I thought it was the best of the three.”

Skipper Briggs was confident that ‘the goals were always going to come’ against an organised Crook Town side: “I thought we played well first half, even before we scored,” added the 26 year old, “We did everything right apart from put the ball into the back of the net. They (Crook) were okay and had a couple of opportunities but I thought the goals were always going to come.”

He continued: “Its quality playing in this team with the personnel we have got in midfield. We just work really well together and there’s good morale in the dressing room and on the pitch. We are all enjoying our football and to come out of the game with a clean sheet was also a bonus for us.”

He went on: “Hopefully I’m back on the goals trail but as long as the team are winning – that’s the main thing.”

Ashington manager Ian Skinner said: “The hat trick is good for Dean because he’s been taking a little bit of stick. All of the other lads have been chipping in with goals and Dean hadn’t really come to the party – but he got three today so I’m sure he’ll be reminding one or two people about that.”