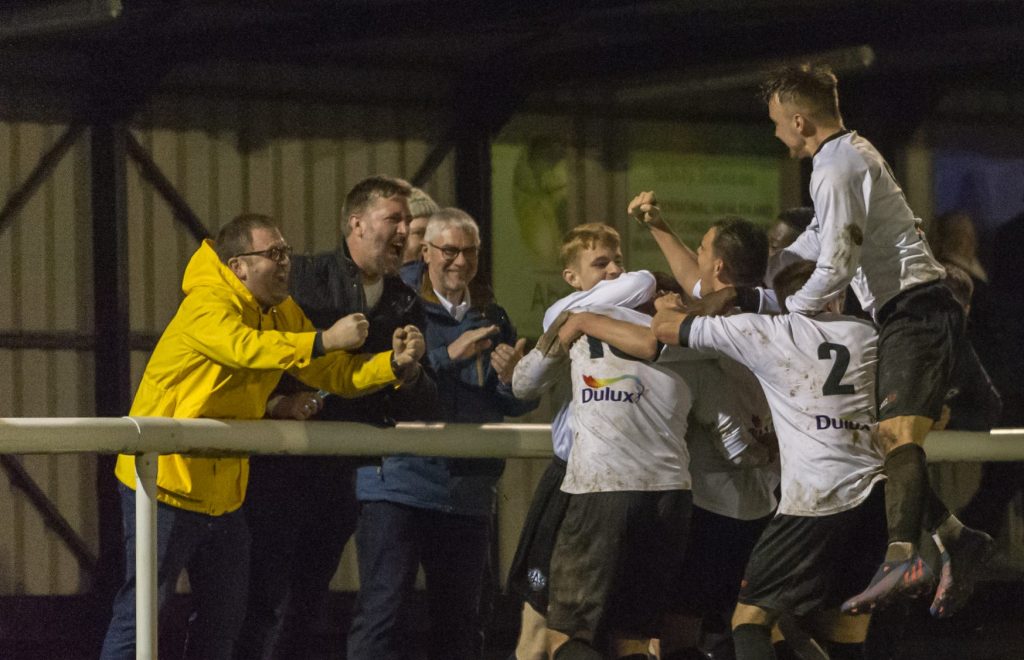 The chairman then enjoyed a few minutes relaxation where he reflected on the progress which the club has made under his four year tenure and revealed it is the toughest challenge he has ever done: “I’m delighted with the way things are going and the club is definitely moving in the right direction,” he said, “but its been tough and is the toughest challenge I’ve ever done. I initially said the club didn’t want to stand still – it wanted to move forward and we initially stabilised things and are now certainly moving forward.

The increase in support is unbelievable and very important to us because our average attendance at matches has gone up to around the 425 mark but we cannot stand still. I would love to see an increase on that next year and additional sponsors come on board as it’s the only way we can push on. We are a club which operates from its income – unlike some others who have benefactors. So in order to make progress, support from the stands and local business community is vital.”

He continued: “When we came on board at the club including Ian Skinner who is now manager – we were averaging crowds of around 200. The club was moving along slowly and in the doldrums as such. And it’s a sign of the progress made that we’ve just won our first trophy in nine years with the Ebac Northern League’s Division One Cup and the lads have played some really good entertaining football.” He went on: “You’ve got to build things organically because the last thing any football club wants – and especially this football club – is to be unable to fulfil its financial commitments. We can undoubtedly push on – but we need to be realistic, steady and sensible.”