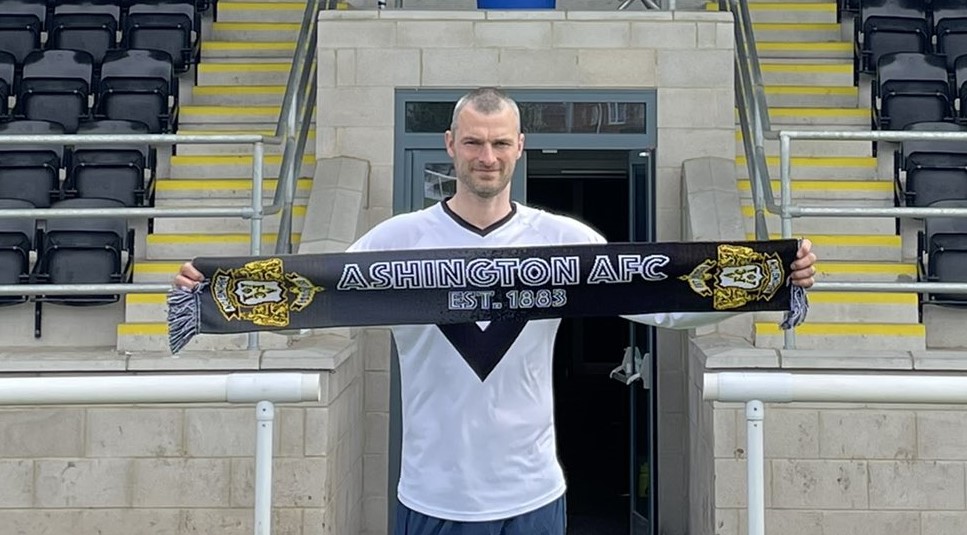 Ashington FC manager Ian Skinner – having watched the ink dry on the signature of Robbie Dale – was clearly delighted after announcing his first addition during the close season.

Skinner said: “I’m delighted to bring a player of Robbie’s calibre to the club. His experience will be invaluable to our youthful squad – but he still has a lot to offer as a player and can cover a number of positions for us which will be useful. When Blyth and Robbie announced he was leaving – but that he still wanted to play – we registered an interest at the end of the season. He (Robbie) wanted to leave things a week before speaking to anybody.” Skinner continued: “We spoke to him about the club (Ashington) which he knew a lot about and that how he would be a vital member of our squad. Basically once the conversation was over, he pretty much agreed that he saw his future at Ashington and we got the paperwork completed as soon as possible. No doubt there were numerous offers for him but Robbie also knows some of our current players. It shows the club is always wanting to progress – and I see Robbie’s signing as being one where the club at Ashington continues to move forward given the attributes and quality he brings as both a player and a person.”