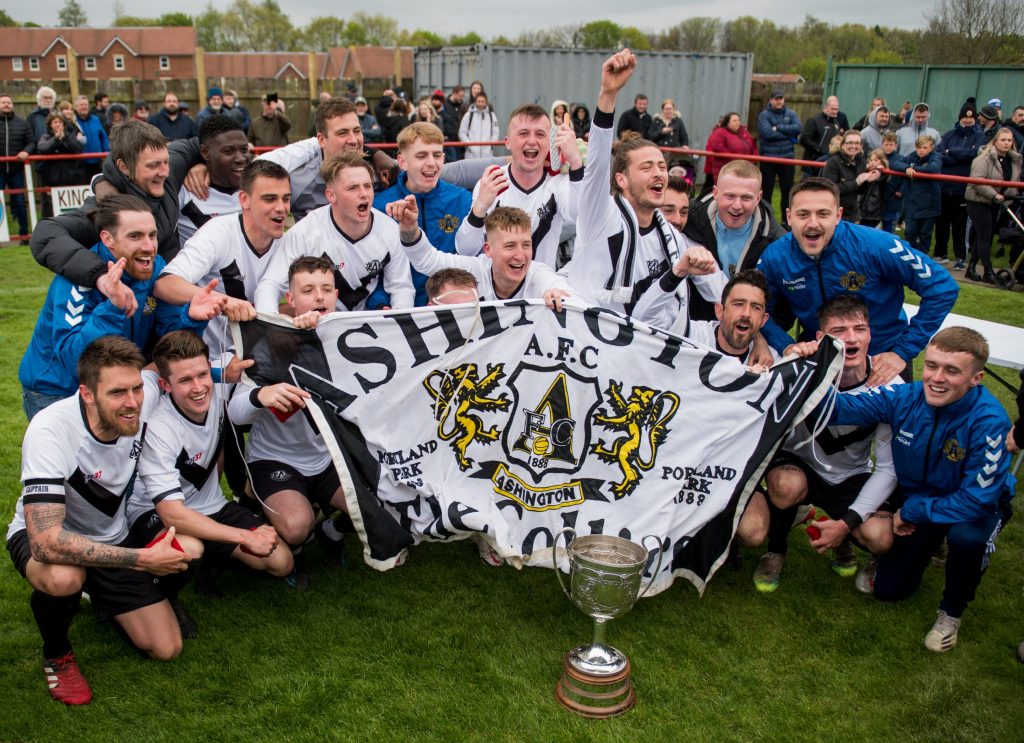 Ashington FC manager Ian Skinner was wrapped up in a whirlwind of emotions as the Woodhorn Lane outfit picked up their first piece of silverware for nine years after winning the Ebac Northern League Division One Cup on Bank Holiday Monday.

The Colliers took the lead through Paul Robinson after only 32 seconds and emphatically brushed Newcastle Benfield aside, romping to a 4-1 victory at the Daren Persson Stadium in North Shields.

And afterwards Skinner said: “To be truthful, I can’t remember too much of the game so it’ll be one which I’ll take great pleasure watching back! We wanted to start brightly and couldn’t have asked for anything better than by taking the lead in the first minute. It was strange because I thought it (the goal) would settle us down – but to be honest, we looked a little bit nervous after that. We scored a second (goal) and I thought we were relatively comfortable in the first half – certainly I cannot remember our goalkeeper Adam McHugh having to make any saves.”

He continued: “Second half we expected Benfield to have a bit of a go. They changed their system a little bit but that played into our hands slightly in terms of they left spaces down the sides and we exploited that and managed to get a third goal. Then Benfield scored and you think ‘oh here’s Ashington doing Ashington things’ but the fact that we hit back with a fourth a couple of minutes later settled us down and I think any lift Benfield would have got after pulling one back to make it 3-1 and thinking ‘we’ve got a chance’ was suddenly taken away from them with our fourth goal probably knocking the stuffing out of them.” He went on: “I was quietly confident that if we played to the levels we are capable of – and we have shown that on our day we can beat anyone– we would get the right result and I don’t think anybody can have any arguments that the best team won. We also knew our fans would back us and generate noise which is great – and it was terrific to celebrate with them at the end.”