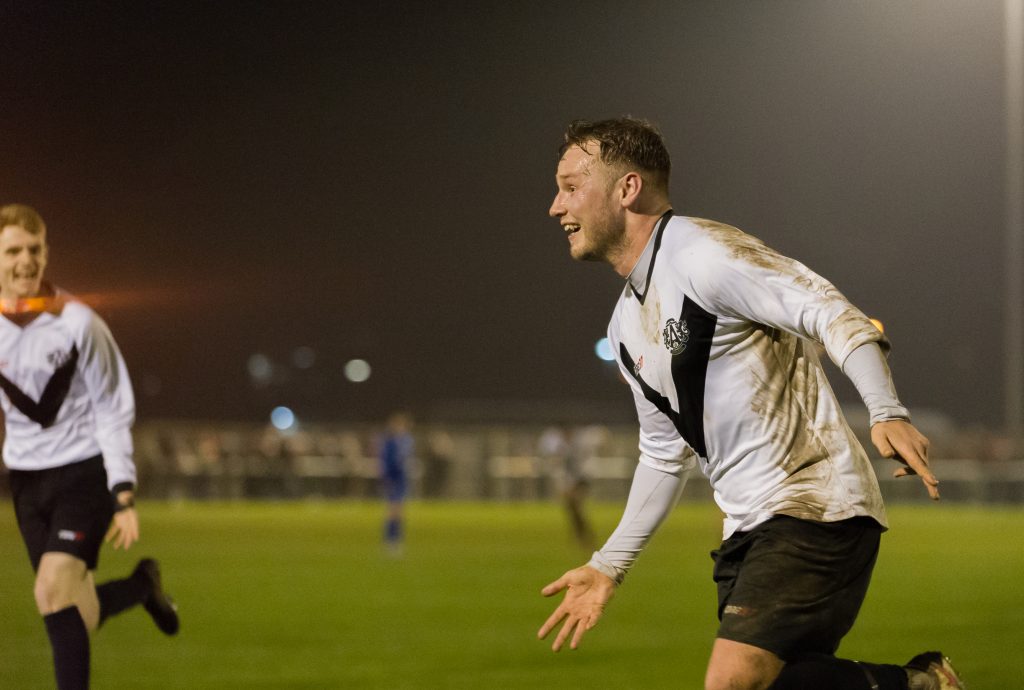 Dean Briggs recaptured his early season form on Tuesday night as he scored twice in Ashington’s fabulous and dramatic 4-3 victory over Consett in the semi final of the Ebac Northern League Division One Cup at The dwmedia Stadium.

Briggs ran from almost halfway in the first half to score a cracking goal which put his side 3-1 up and after the Steelmen – who had been reduced to ten men following the sending off of Calvin Smith – had fought to draw level with two strikes in a ten minutes spell, it was an ‘instinctive’ Briggs whose sweetly struck volley came straight from the kick off to take his side through.

The 26 year old – handed a role up front – said afterwards: “When it went to 3-3, I thought ‘here we go again – typical Ashington’ but even after that with at least seven minutes plus stoppage time remaining, I could still see one side going onto win it to be honest. It was just one of those games which could have gone either way – it went in our favour – and I thought we deserved it. It’s good to get to a final. The last time the club won silverware was nine years ago when my dad (Perry) was assistant manager to Gary Middleton. Now hopefully I can help us to bridge that gap.”

He continued: “I thought we set up really, really well defensively. They (Consett) had a lot of the ball but didn’t really hurt us too much. Obviously we got three goals in the first half which gave us even more to sit back on and defend and I thought we really dug in. In the past when we have conceded late on we usually fold so the lads showed a bit of character to bounce back.”

Wideopen-born Briggs admitted to feeling ‘relief’ after his first goal: “I picked up the loose ball and just thought I’d go for it, knocking the ball past a defender. I probably could have squared it in all honesty but I thought ‘if I’m going to get one, l’m going to get one now.’ And it was a relief to finally score because I’ve been on a bit of a drought.”

As for the dramatic winner which arrived within seconds of the game restarting after Consett had equalised at 3-3, Briggs said: “I think Craig Spooner would like to say that he meant to play the through ball but I wasn’t expecting it myself to be honest. I didn’t know where the ‘keeper was; I didn’t know if there was anyone around me. It was pure instinct. I hit the target and luckily it went in.”