Dean Briggs scored a hat-trick as Ashington produced a five star performance to brush Crook Town aside at Woodhorn Lane on Saturday.

On a sweltering hot day in Wansbeck – where referee Matthew Morton paused the game in the middle of both halves for the players to take much needed drinks onboard – the Colliers turned up their own form of heat on their Durham visitors.

Crook began the game in positive fashion but once Ashington scored the opener then added a quickfire second from the penalty spot, the result was never in doubt.

Indeed only a superb display by the visitors ‘keeper and skipper Ronan Makepeace kept the score line down to five.

As a result, Ian Skinner’s side maintained their 100 per cent record to go back to the top of the first division of the Ebac Northern League with four wins out of four and took their goals tally up to 16.

Crook had the first opportunity in the ninth minute. A run down the left by Ewan Forster saw him unleash a shot which was saved by the legs of home ‘keeper Kyle Hayes.

But Ashington hit back with gusto and on the quarter hour, Lee Mason found Craig Spooner whose 30 yarder – arrowing towards the top corner – was tipped away by Makepeace then from a short corner, Dan Maguire whipped the ball across the face of the goal.

Ashington continued to pour forward and after another effort from Spooner was held by Makepeace, the stopper was called into action shortly afterwards to deny Briggs.

Steven Johnson went close with a free-kick before Ashington – who had been knocking on the door – made their pressure count.

Andrew Cartwright had a shot repelled by Makepeace; Briggs cut inside and curled a right footer just wide but in the 35th minute, superb work by Cartwright saw him roll a pass inside to Briggs and the midfielder whipped his effort across Makepeace with the ball going in off the post.

Within a minute, Paul Robinson had a great chance to double the lead only to fluff his lines – but Ashington’s second was just around the corner.

Matthew Harrison handled a shot from Robinson and referee Morton immediately pointed to the spot.

Robbie Dale stepped up and although Makepeace went the right way, Dale’s penalty was perfectly executed.

Before half time, Briggs headed just wide but eight minutes into the second half, Mason made it 3-0.

Jordan Summerly found Maguire whose shot was blocked by Makepeace. The stopper also saved the follow up effort from Mason but when the striker got a second bite at the cherry, Mason made no mistake lifting the ball home with his right foot.

Mason had an effort touched over by Makepeace then Briggs ran across the box but saw his shot held by the custodian.

However, in the 78th minute, Adam Johnson swooped onto a clearance from Makepeace and when the substitute rolled the ball across the face of the goal, Briggs slotted home.

Ashington went nap in the third minute of time added on. Johnson provided a great cross from the right where Briggs – arriving unmarked at the far post – smashed the ball home on the volley. 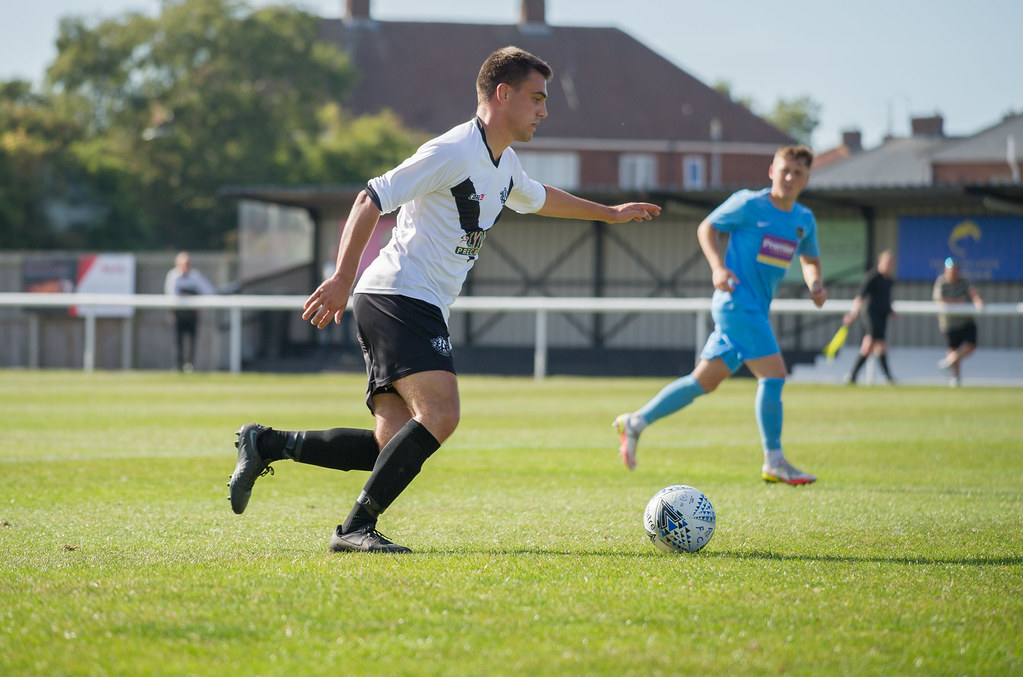