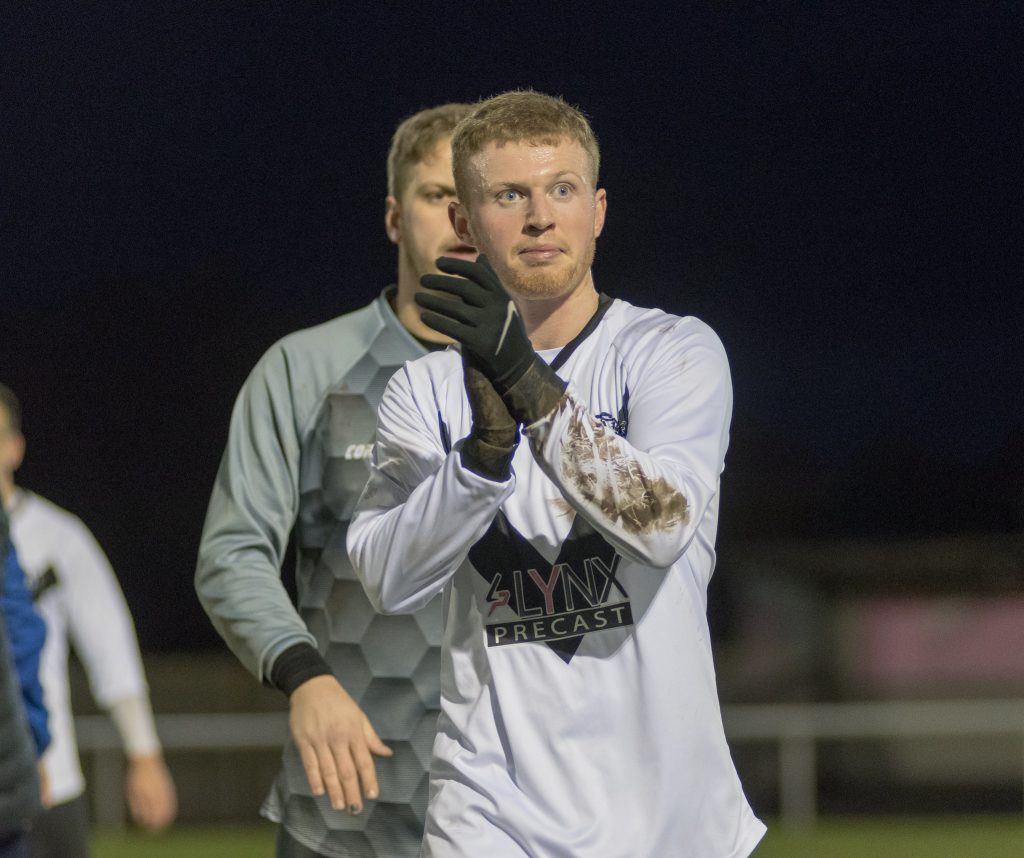 Adam Johnson scored the winner for Ashington on Saturday against Penrith – and afterwards said that it was nice to get back on the score sheet.

Although the Colliers dominated proceedings throughout against the Cumbrians and led with a Robbie Dale goal shortly before half time, they were stunned when Luke Hunter hammered home a 73rd minute equaliser.

But minutes later, Johnson – who had only been on the pitch for five minutes as a substitute – put his side back in front and the Wansbeck outfit not only went on to wrap up three welcome points but complete a season’s double: “I’ve been frustrated a little bit,” said Johnson, “I had a conversation with the manager (Ian Skinner) which was about confidence and taking too many touches, so it was nice to get back on the goals trail today. Once one goal goes in, you start to feel a bit more confident and hopefully I can now kick on.”

The 26 year old reckons his strike may have caught Penrith ‘keeper Aaran Taylor unawares: “When I hit it, the ball went through a few legs and I don’t think the ‘keeper saw it until late and luckily it went into the bottom corner,” he said, “After that, I could have added another but the ‘keeper – who had a blinder – made a brilliant save to be fair.”

Johnson added that one of his targets is to make a telling contribution for his home town team: “I’d like to have a more consistent role and hopefully that will happen now that I’ve got a goal under my belt today,” he said, “I’d also love to contribute more – anything to get us further up the league and gets some more wins behind us. Before the game we spoke about how it didn’t matter how we got things done – we just had to get a win today especially after a few defeats – and we achieved that.”

Manager Ian Skinner said: “AJ (Adam Johnson) has been chomping at the bit really. He’s been in and out of the side and we’ve had a little chat to him about one or two things. We told him to play on his instinct because he’s better when he does that. For the goal, AJ took his chance early and the ball has gone through bodies and caught the ‘keeper by surprise. I’m pleased for Adam because he’s a great character and a likeable lad who always works hard and is honest in everything he does. He’s played through the middle and out wide and he just gets on and does a job for us.”