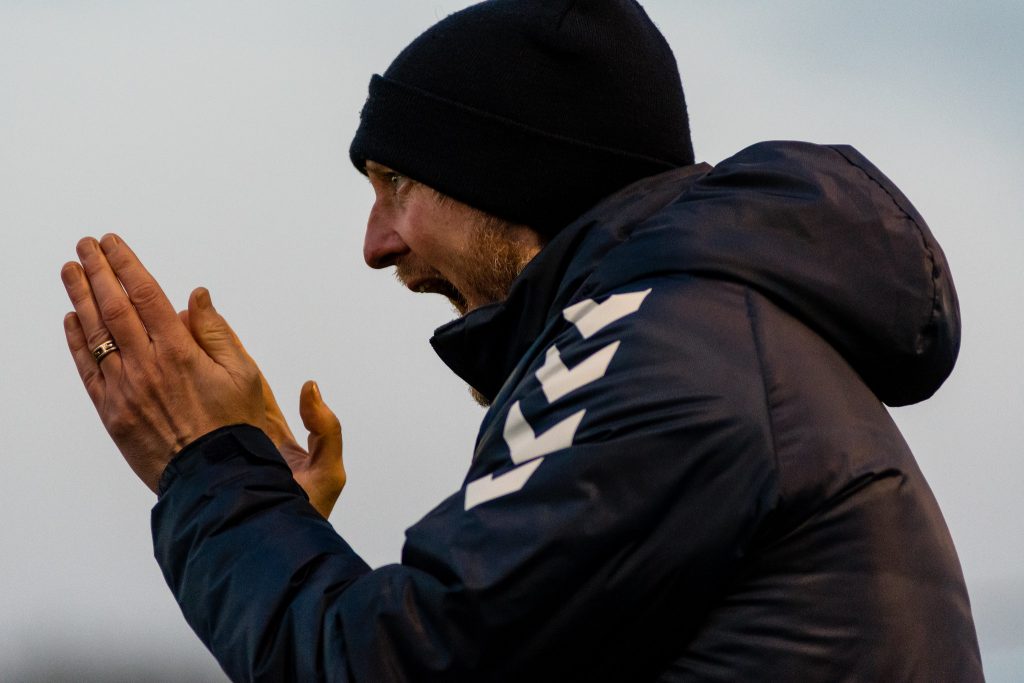 Ashington FC manager Ian Skinner – delighted with his outfit after the 2-1 victory over Penrith at Woodhorn Lane on Saturday – said that the most important aspect was the result.

The Woodhorn Lane boss commented: “The most important thing is that we won and put three points on the board. We are in the results business and I think I’ve said it many times that yes I want us to play really, really well and to win games of football – but it we can’t play really well, I just want us to win. Today we felt as if whatever it looked like or however it happened, we just needed to win – and credit to the players because after the defeat against Whitley Bay on Boxing Day, we had a chat about one or two things and where we could improve. The players have trained really well and have been fantastic with their attitude and application. The numbers (at training) have been 20 plus at every session which was pleasing and they have taken it out onto the pitch.”

Skinner was happy from the kick off: “I thought we started brightly,” he said, “We wanted to take the game to Penrith and show our intent from the off. We wanted to see if we could control the game and maybes get into a position where we could force home our authority and we did all of that other than putting the ball into the net. We’ve missed some gilt edged chances and their ‘keeper (Aaran Taylor) has made some unbelievable saves. We‘ve also missed a penalty – but we’ll not dwell on that – and then we have scored a goal right on half time which is a nice time because some of the frustrations that we may have had (had we come in level), diminished somewhat.”

He continued: “At the interval, we talked about making sure we started the second period in exactly the same way as we had begun the first half but 19 seconds in, we had a corner against us and you’re thinking ‘please no’. We created a number of chances; their ‘keeper has made two or three brilliant saves and whether it was tiredness as the pitch was heavy, we just seemed to get a little bit deeper and gave them (Penrith) a ten minutes spell where we invited them to come onto us a little bit. They started to push forward a little and Ashington being Ashington we conceded a poor goal which made it 1-1 and you’re then looking around and wondering what reactions we are going to get. But again credit to the players. We could have ended up with a draw or even worse a defeat but credit to them (the players) because we got on the front foot again and I also utilised the five substitutes to make sure we got some fresh legs on.”

He went on: “It wasn’t pretty today but we challenged the players and I mentioned recently about getting back to working hard – and I don’t think anybody can say that they (the players) haven’t worked hard today – and we were just pleased to get back onto the winning track.”

Skinner added that they will take things a week at a time: “We will train twice this week and start to prepare to play Seaham Red Star away next Saturday – and that’s all we will be doing,” he said, “We talked about a narrow focus of one week at a time because there has been too much interference about games in hand and if we do this with these games in hand we’ll get this and if we don’t do this we’ll end up with that.”

Skinner said that he will again have a virtually full squad to choose from for the coming weekend.