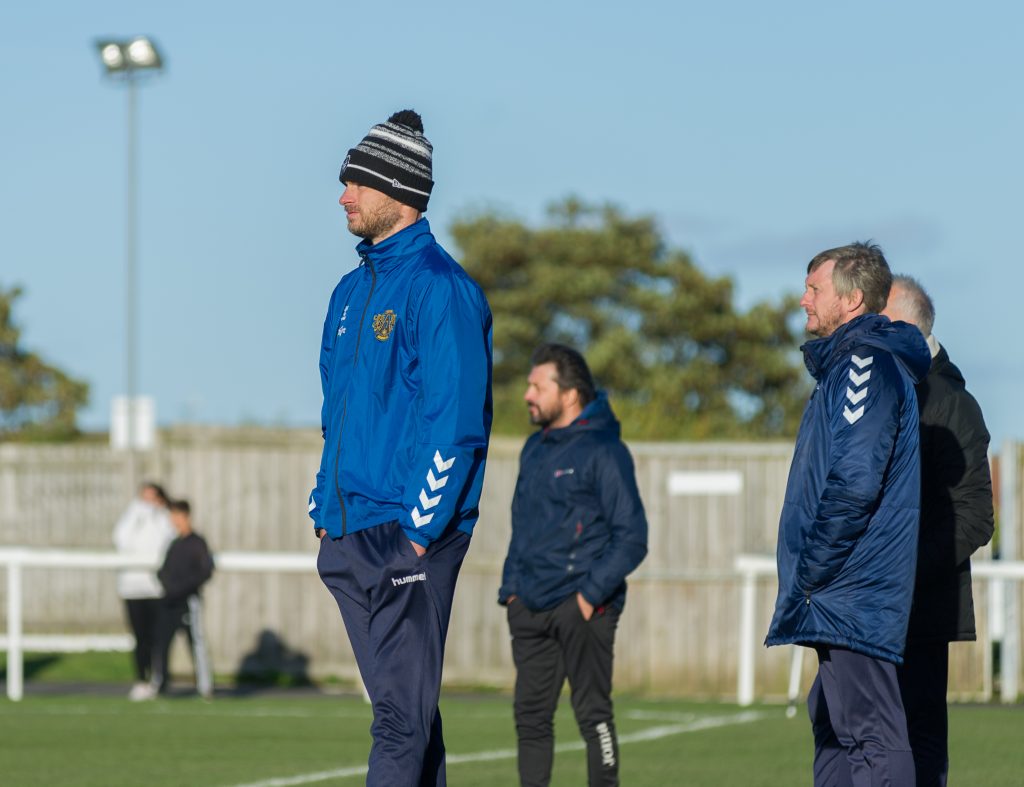 Ryan McKinnon notched his first goal for the club midway through the first half before a thunderbolt strike from Lee Mason 13 minutes from full time sealed the result.

Newcastle-born Dale – currently sidelined with an injury – was giving his postmatch verdict in his new role as being a member of Ian Skinner’s management team.

He said: “Squad wise we were short handed today so the result was very much a case of job done. We also needed to bounce back because last week wasn’t good enough and we owed ourselves a performance to prove a point. We knew we had to come here and be strong. We also got a clean sheet and it’s been a while in the league since we had one of them – so all in all, it was the perfect away performance really.”

Dale continued: “We asked the lads to put a shift in and I think everybody’s done what was asked of them today. Liam Smith has come in for his first game in a while. We asked him to do a deep role and I thought he played really well whilst Karl Ross was outstanding in midfield and the two centre halves (Ryan McKinnon and Darren Lough) were class. They marshalled everything – nothing got past them – and they had everybody organised. ‘Keeper Karl Dryden hasn’t had a save to make and that’s how good the defence has been today. I thought they (the defence) were screened really well because the midfield four in front of them ran themselves into the ground. But we asked the two centre halves plus Jordan Summerly and Andrew Cartwright to do a little bit more defensively to help out and they did that.”

Dale heaped praise onto the two goal scorers Ryan McKinnon and Lee Mason: “Ryan is a very good player who attacks the ball well at both ends,” he said, “He nearly scored from the previous corner and as soon as he got his head on the next one, I knew it was going in. For the second goal from Lee Mason – that’s who you want the ball to fall too. Ben Sampson drove the ball and committed the man which we had asked him to do and as soon as it goes onto Mason’s right foot, he lashes it and it’s a perfect strike – although I didn’t expect him to put it into the top corner!”