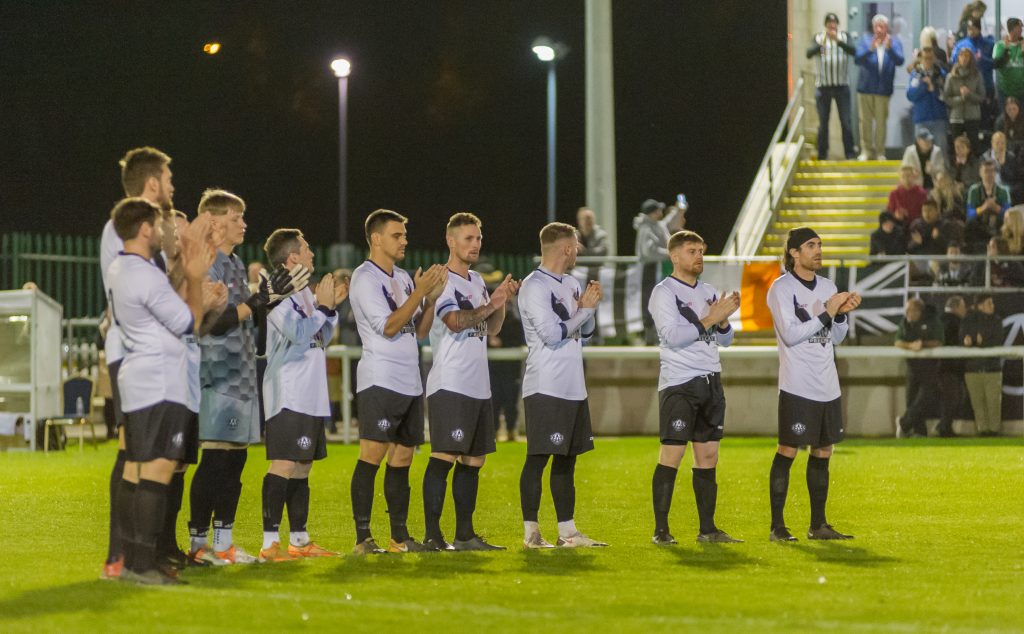 Luke Salmon felt it was two points lost rather than a point gained following Ashington’s thrilling 3-3 draw against Newcastle Benfield at Woodhorn Lane on Tuesday night.

The defender who netted the Colliers third goal – and equaliser – ten minutes from time said: “Football wise it wasn’t a great game to play in. Second half we got a bit of confidence back playing a bit more but it got scrappy at the end.”

He went on: “After the first half, when we were 2-0 down before pulling one back, I think we would have taken a draw – but the way we were throwing things forward and switching it in the second half, it feels like two points lost.”