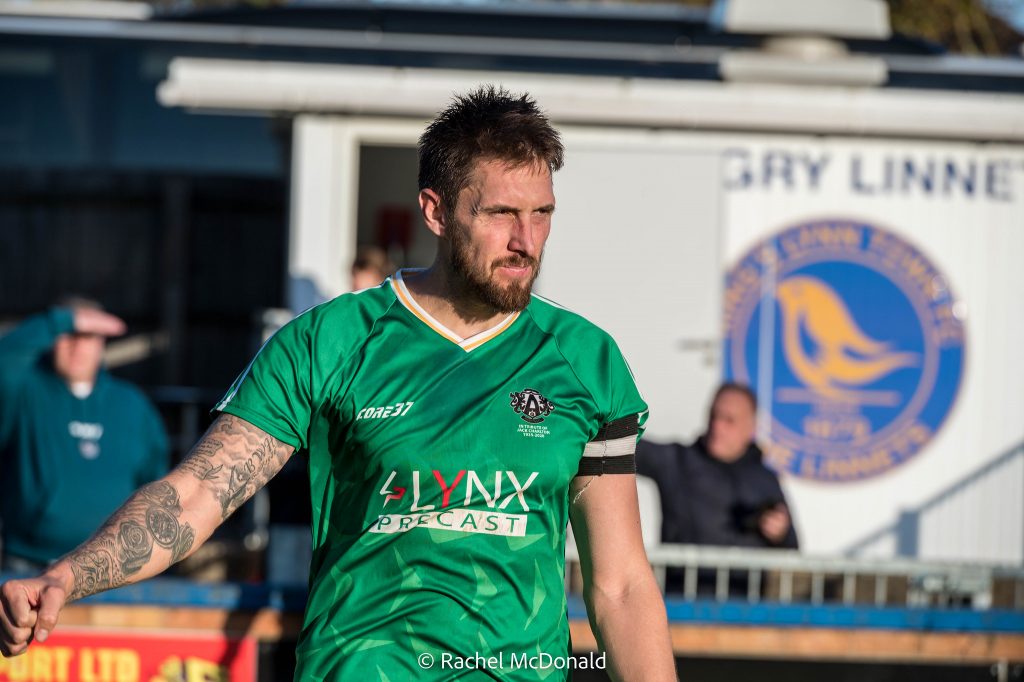 Ashington FC skipper Ben Harmison remained upbeat on Saturday night – even after the Colliers had exited the Emirates FA Cup with a 3-1 defeat against King’s Lynn at The Walks.

Harmison said: “The result was disappointing but we definitely didn’t go out with a whimper. They (King’s Lynn) are flying at the top of the National League North and they pushed us hard – but we gave a good account of ourselves. In the second half, I thought we dominated but obviously when they scored their third goal, it deflated us – and then their fitness showed.”

He continued: “We were disappointed to concede the first goal and Karl (Dryden) will probably say himself that he should have saved the shot – but you can’t knock him (Dryden) because on the other side of the coin, he’s made some brilliant saves to keep us in the game and it’s just one of those things. I thought we thoroughly deserved to get back at 1-1; they (King’s Lynn) had lots of possession which you would expect being a team three leagues above us and I’d like to see the footage of their second goal as I thought it looked to be offside. I didn’t think we were under much threat and we wanted to stay in the game – and that’s what we did. We had the wind second half and I thought for the first 20 minutes, we dominated and probably should have scored but when they got the third, it was hard for us to come back.”

Harmison hopes the town will be proud of their run in the competition and once again expressed his thanks on behalf of the players and management team to the Ashington supporters who travelled down after leaving Woodhorn Lane at 7am: “They were absolutely brilliant and you cannot say enough about them,” he added, “They kept the lads going and I hope the whole town are proud of us – but its not just about the team. We went across to show our appreciation to the fans at the end and for around 160 people to travel five or six hours on a bus to King’s Lynn was absolutely phenomenal. We need the supporters – they have been behind us all season – and hopefully we can win something for them because they deserve it.”

Harmison says it is time to ‘park’ the achievements made in the cup run and concentrate on catching up with their programme in the first division of the Ebac Northern League: “We have a big week ahead with back to back home games against Newcastle Benfield on Tuesday (October 18) and Heaton Stannington on Saturday (October 22),” he added, “We’ve enjoyed the cup run but our attentions turn towards the league which is our bread and butter. We’ve got good attitudes and team spirit in our camp and after going out of both FA competitions, we’ll be up for Tuesday’s clash.”