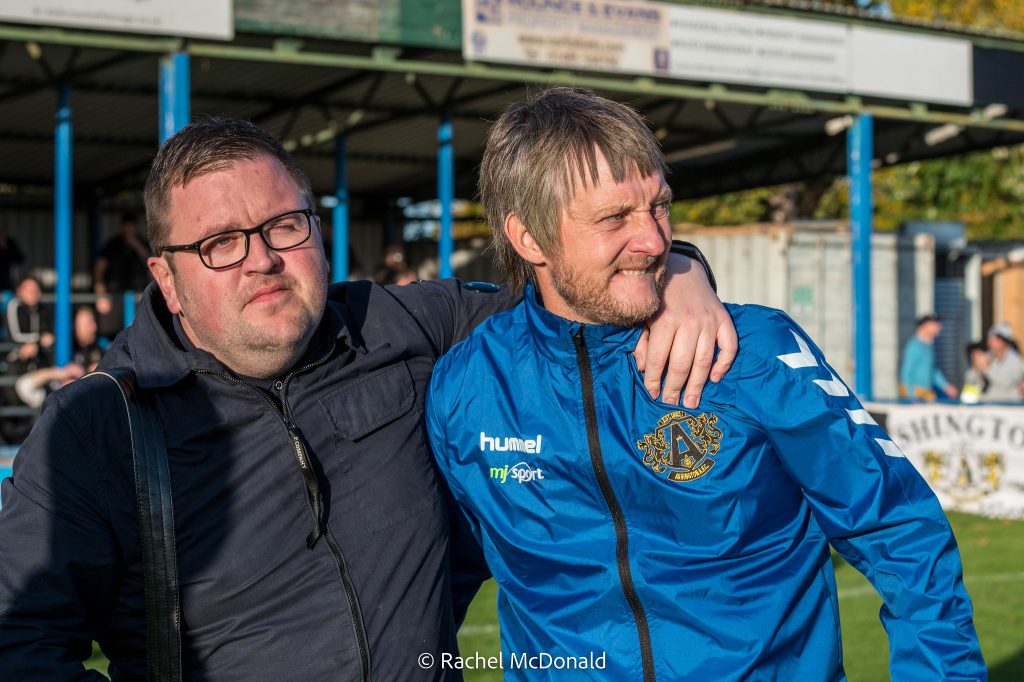 Ashington FC chairman Brian Shotton paid manager Ian Skinner and his players the ultimate compliment within minutes of the Colliers bowing out of this season’s Emirates FA Cup competition as they went down 3-1 against National League North table toppers Kings’s Lynn at The Walks on Saturday.

Mr Shotton spoke about the club’s exciting run which came to an end at the fourth qualifying round stage in Norfolk: “Ian Skinner, his management team and the players can hold their heads up high as we as a club, equipped ourselves really well today. On another day we maybes could have forced a replay but to be honest, King’s Lynn deserved their victory and I’m sure they’ll go on to give whoever they draw in the first round proper, a good game. We can’t complain too much about the way we played or the way we approached the game – it was just not to be. The lads gave everything on the field and after the journey we have been on, we cannot be anything other than proud of them.”

The Woodhorn Lane chairman also complimented Boston United after the club had hosted Ashington’s players and staff for a pre match lunch: “Boston United Football Club were fantastic,” he said, “The lads had some food and refreshment and we did everything we could to prepare in the right way for the game. I spent the match with the fans and I know how good they are. They never stopped chanting and singing and if anything they got louder as the game got more difficult for us – which is exactly what you want.”

He continued: “After the final whistle, to see the players, supporters and volunteers all coming together was special and if we can keep that togetherness then there will be nothing which will stop us in what we want to achieve at the club. Obviously Saturday’s result was disappointing – but overall, I’m delighted with how the club has moved on.”