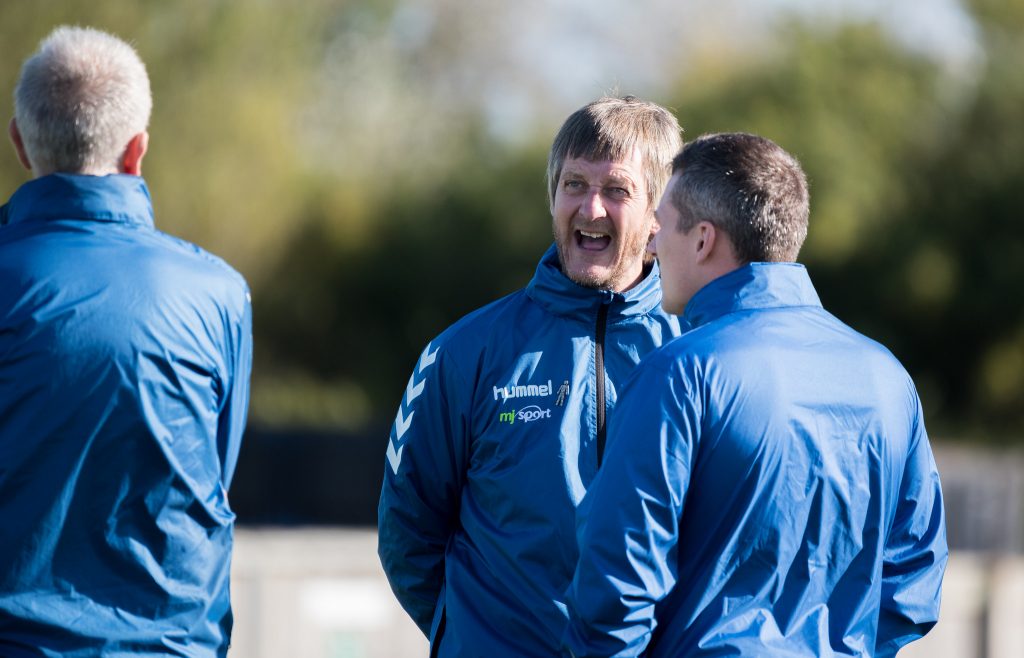 Ashington go into tomorrow’s fourth qualifying round clash of the Emirates FA Cup against Kings Lynn Town in Norfolk, looking to bridge a gap of over 60 years.

The Colliers bowed out of the competition at the same stage over a decade ago, after travelling to face Grimsby but the last occasion the Wansbeck side reached the first round proper was back in 1961.

In the last three rounds this season, Ian Skinner’s outfit have performed cup shocks after toppling Ashton United, Bradford Park Avenue and Stocksbridge Park Steels – all of whom operate further up the non league pyramid – and against all three outfits, Ashington have been worthy winners.

Kings Lynn are currently top of the National League North – three tiers higher than Ashington. They are in the same division as Blyth Spartans but manager Skinner says he will be taking his side to face the Linnets in a positive frame of mind: “We’re looking forward to it and we’ll be going there looking to get a positive result just like we do in every match,” he said, “It’ll be a really tough game – they’ve only lost once in the league and are top of the National League North having come down last year from the National League so we’ll need lots of things to go in our favour. We’ll need every one of our players to be on top of their game playing to the levels which they are capable of and we may need Lady Luck to shine on us a little bit – and if all of that were to happen then who knows?”

He continued: “We’ll look at the clash like we have done with every other cup game. It’s a big occasion for the club because the fourth qualifying round is one step away from the first round proper. We’ve had a free week so we’ve trained a couple of times and have prepared properly.”

Skinners’ side will be backed by two coach loads of supporters: “Given that King’s Lynn is not the easiest place to get too and that it’s a long trip, it’s an incredible response by the fans,” he added, “I’ve said it before but our supporters never cease to amaze me to be fair. It’ll be great to have them there with us to share the moment and hopefully we’ll put on a decent performance which will make them proud.” The boss will await fitness reports from several of his players before being able to announce his side for the 3pm kick-off.