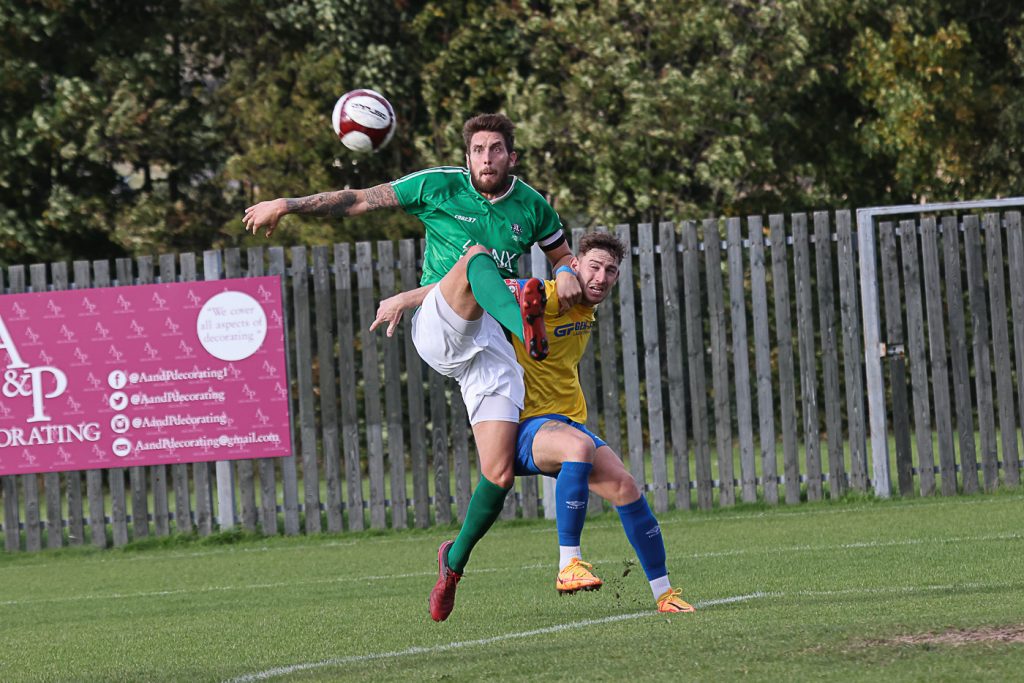 Ashington FC skipper Ben Harmison said he was confident that the Colliers would win their Emirates FA Cup replay against Stocksbridge Park Steels – even before a ball was kicked on Tuesday night.

Early goals from Yannick Azikonou and Paul Robinson put the home side in command before Ben Sampson added a third in the second period: “I knew if we turned up in the right frame of mind and with the right attitude that there would only be one winner – and we did just that,” he said, “It was a brilliant result. We were absolutely fantastic in the first 20 minutes especially with the conditions because we knew we could pass the ball better than we had done on Saturday. Stocksbridge couldn’t live with us – and the start we made where we scored twice in the opening eight minutes was exactly what we wanted.”

He continued: “We knew there was going to be a big crowd and the lads were pumped up for it from when they got to the ground. The messages on our group chat were flying around during the afternoon with excitement and when we saw the crowd, we knew we wanted to give them something to shout about and I thought we did that. The team spirit is absolutely brilliant and win, lose or draw, there is good banter amongst us. We wanted to be the ones to play King’s Lynn in the next round – and we knew we could do it. After the first 20 minutes they (Stocksbridge) changed their shape then for the 25 minutes leading into half time, we got sloppy and were giving the ball away in stupid areas instead of just realising we were 2-0 up and just spinning and turning them.”

He went on: “We spoke about that at half time and we knew they (Stocksbridge) were going to come out hard – a bit like the last 20 minutes at their place. They had to go for it and the substitute they introduced on the left hand side (Lewis Macaskill) is a good player but we never thought we were going to concede no matter how many players they put up top because we were solid at the back. Then to score a third definitely helps because if the game goes to 2-1 you start thinking you are tired and start doubting yourself – but Ben Sampson’s goal came at the right time.”

Harmison was delighted for the whole club: “I’m over the moon for manager Ian Skinner who couldn’t be here tonight and for the whole club in general,” he said, “The fans were absolutely fantastic and to get 1,424 on a Tuesday night applauding every tackle and every throw in we made was quite special.”