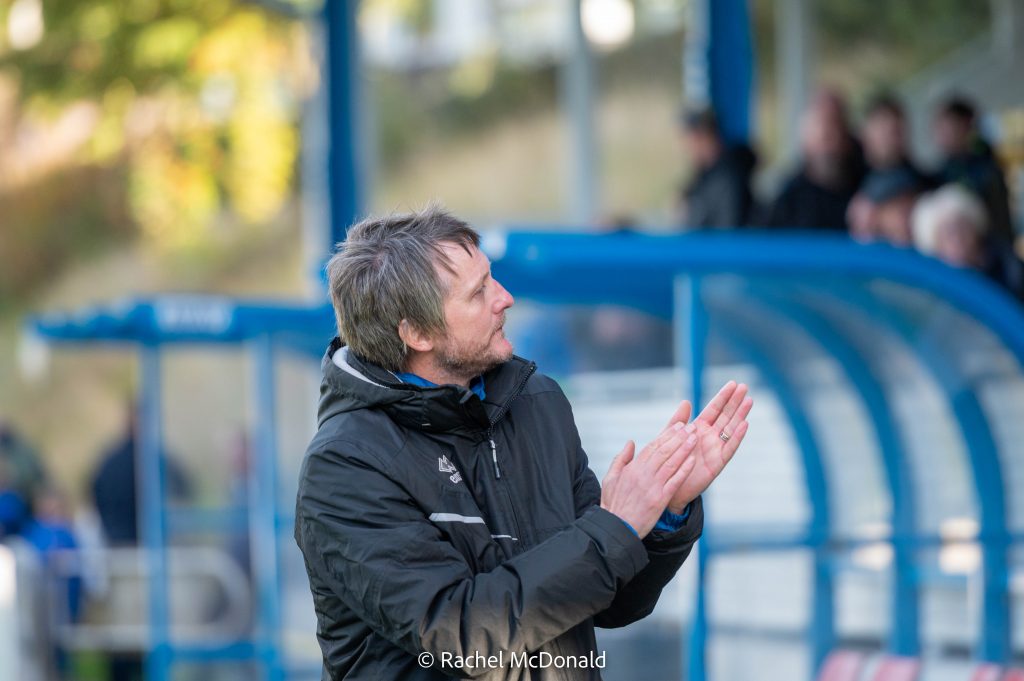 Ashington FC manager Ian Skinner admitted that there were some ‘fine margins’ in Saturday’s 2-2 draw in their Emirates FA Cup clash against Stocksbridge Park Steels at Bracken Moor: “I’m not sure how I feel because it was a bit of a strange performance and if I’m honest, I thought it was a bit of a ‘nothing game’ for 70 minutes and then it burst into life,” he said afterwards, “It was like a home game to be fair with the travelling contingent as they were vocal – as we knew they would be – and were first class. Obviously we went behind from a set play and we knew that they (Stocksbridge) were strong in that department. It was a header at the back post back across goal into the top corner for their goal but we showed real good character to come back – and it galvanised us into playing some of the football we know we can and what we showed earlier in the season. For the equaliser, we worked a good move and found Lee Mason free at the back post and he’s smashed the ball into the top corner for what was a great finish. Then from a set play ourselves, it was a great ball in from Dean Briggs and Ben Harmison’s extra long leg seemed to come out and get on the end of it and we found ourselves 2-1 up.”

He continued: “Obviously Stocksbridge had a spell because they have got to come at us and set plays were always going to be their biggest danger. I thought we defended really well all day and then there’s a one late on in the game whereby the ball has bobbled and bounced about in our box and unfortunately for us it’s dropped to their player (Mitch Langton) about three yards out with the goal at his mercy and he’s tapped it in and it becomes 2-2.”

He went on: “However there were some fine margins in the game. At 2-1, Dan Maguire flicks Lee Mason clean through who lifts the ball over the goalkeeper and you’re just praying for it to drop quick enough – but it doesn’t quite do that but comes back off the bar straight into the keepers hands. However, they (Stocksbridge) will mention a shot which they had from the edge of the box which rattled the post.”

He added: “A draw’s a draw and we are in the hat and we’ll have the incentive of when we go into Tuesday’s replay knowing who we could potentially face only we can’t – and won’t – look at that situation. First of all we’ll have to focus on how we can overcome Stocksbridge but then if you look at when we got through the last round, I said that I would be happy with a home tie against ‘anybody at home’ – and we are now at ‘home’ (in the replay). We’ll certainly attack the game and see if we can take it to them (Stocksbridge) and also see if we can get a positive result.”

Skinner will check on the fitness of his players – including Adam Johnson who missed out on Saturday through injury – ahead of Tuesday’s 7.45pm kick-off and added that Andrew Cartwright should be available to return to the squad.

Meanwhile the boss is hoping for ‘more of the same’ from the Ashington supporters: “I’m sure the fans will come out in their numbers again and generate another great atmosphere – and hopefully we can give them something else to shout about,” he added.