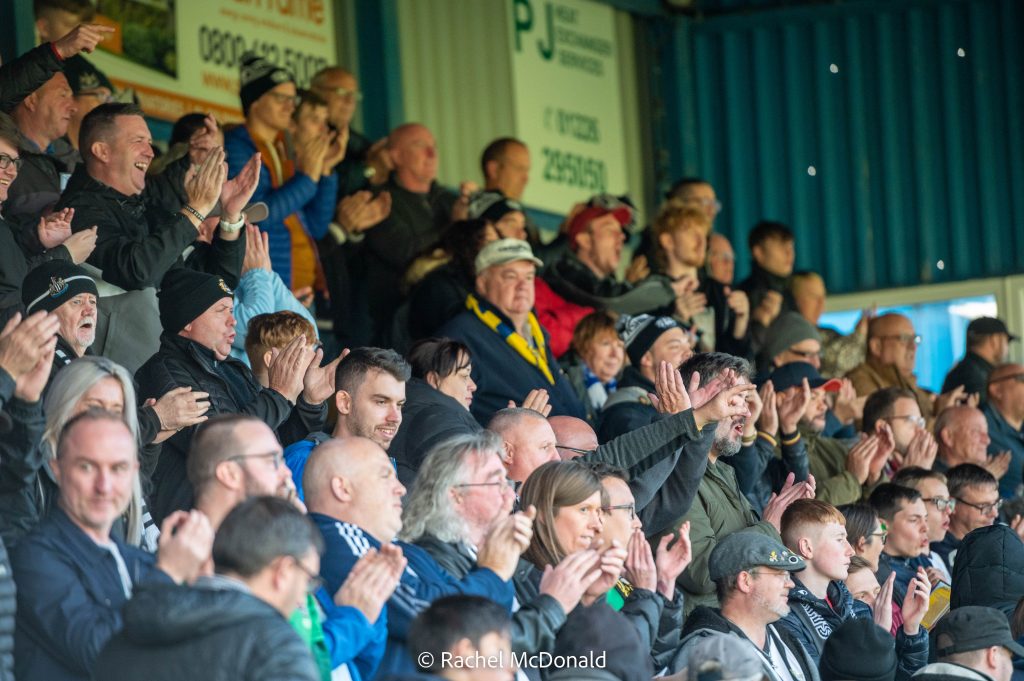 Ashington FC striker Lee Mason was delighted to fire home his sides first goal against Stocksbridge Park Steels on Saturday in their third qualifying round clash in the Emirates FA Cup – and admitted that had he scored with another opportunity later on, the Colliers would ‘probably not have been facing a replay’ which takes place at Woodhorn Lane on Tuesday (October 4).

The Wansbeck side – enjoying a glorious run the competition – were trailing to a header by home skipper Ross Goodwin when Mason lashed home two minutes later to restore parity.

The forward said: “The ball came to me and I just instinctively first timed it so that the ‘keeper couldn’t get set – and it was good to see it hit the back of the net.”

Ashington skipper Ben Harmison then put his side 2-1 ahead following a free-kick – before both sides hit the woodwork.

Alex O’Connor struck the post for the hosts then Mason hit the bar with ten minutes of normal time remaining which had he netted would have made it 3-1: “The ‘‘keeper was miles out,” he added, “I probably had a bit more time to take a touch but I’ve got the ball over him which was a bit wind assisted and unfortunately it’s landed on the bar and hasn’t gone in. Chances change games and it was a massive opportunity and if we score, then I probably wouldn’t be standing here saying the game has finished 2-2 and we’re going to a replay. It was disappointing that it didn’t drop in but it’s one of those things.”

Meanwhile Mason is looking forward to Tuesday night’s second instalment against the Pitching in Northern Premier League East outfit who are based in Sheffield: “At 2-1 up I thought we were very unlucky to concede the equaliser in the matter we did,” he said, “But having been 1-0 down, if someone had said they would give us a draw and a replay on Tuesday, we would have snapped their hands off. Overall it was a good performance from the lads but I’m a bit disappointed that we didn’t win.”