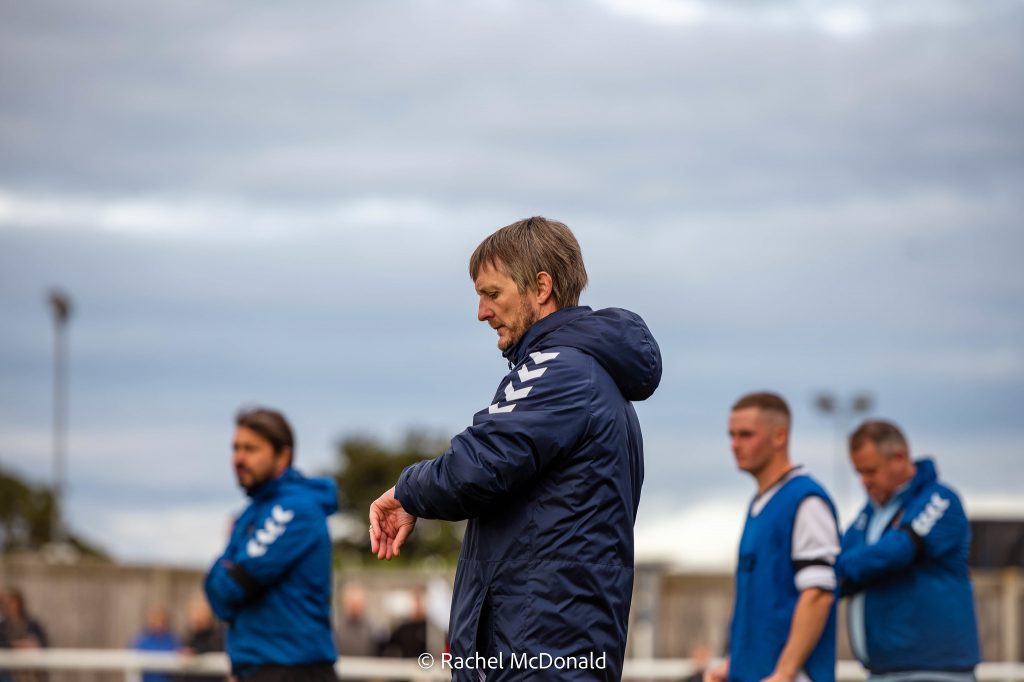 Ashington FC manager Ian Skinner revealed he had to make a ‘big’ decision ahead of his sides second qualifying round clash in the Emirates FA Cup against Bradford Park Avenue at Woodhorn Lane on Saturday which the Colliers won 2-1.

Skinner brought skipper Ben Harmison back into the team with Thomas Kalthoeber named amongst the substitutes – but the boss explained: “To be fair, I had a big decision to make – and Thomas Kalthoeber was unlucky today. Thomas dropped out at training on Thursday night with a little bit of an injury on his ankle. He reported this morning (Saturday) and said he felt fine – but I just felt that I couldn’t take the risk of playing him in a game of this size and potentially having to make a substitution early in the game.”

He continued: “With Ben Harmison available, I plumped for putting him into the side and to be honest I thought he was our man of the match today with his defending if I’m honest whilst he’s also popped up with a goal at the other end. It’ll be a little bit easier for Thomas to take knowing that we didn’t want to take the risk with him and that Ben (Harmison) has come in and done really, really well for us.”