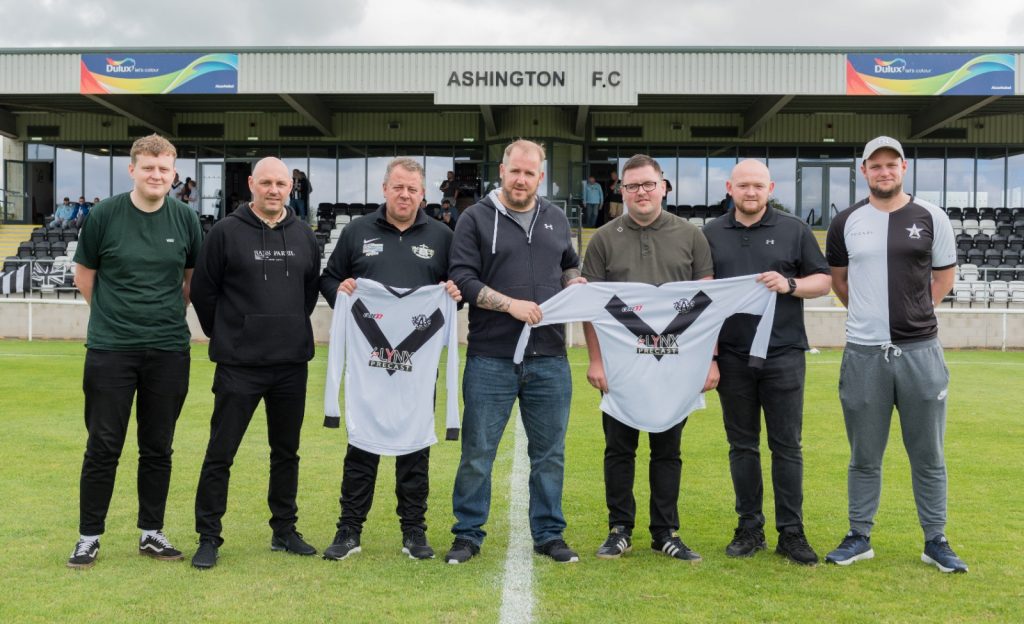 Ashington FC chairman Brian Shotton said he was delighted after the club had secured Lynx Precast as their major home and away kit sponsors.

The company – who are based at Lynefield Park near Ashington – are specialists in the design, manufacture and installation of precast concrete flooring systems.

The agreement was reached between the two parties with Ashington having to beaver away to get their new kit sponsors name emblazoned on their shirts in time for Saturday’s opening match in the Ebac Northern League’s first division against Seaham Red Star at Woodhorn Lane which the Colliers emphatically won by 6-0.

Mr Shotton said: “I’m really delighted to get Lynx Precast on board. It was the prime aim of the summer to get a major sponsor and that’s no disrespect to anyone who have been a sponsor in the past. However, the major sponsors do make the real difference when it comes to what you can do both on and off the field as a club. I look forward to working with Lynx Precast this season and hopefully a long term relationship will ensue. Wearing our home and away kits, the name will be on the front of our shirts and it’s really good.”

Mr Shotton poured praise onto club official Mark Ramsden when he added: “To be honest all of the credit has to go to Mark Ramsden, our physio, who got the deal over the line. He’s done a really good job and is carrying out a lot of duties on the commercial side for us. As a non league football club, roles come with many different facets – and Mark has taken it upon himself to do this work so I’m absolutely delighted.”

Brent Hall, Commercial Manager at Lynx Precast said: “Lynx Precast are proud to sponsor Ashington AFC for the forthcoming 2022/2023 season. We are thrilled to be this year’s shirt sponsor and to help further the club’s progress and we look forward to working with Ashington AFC and the wider community over the coming season.”