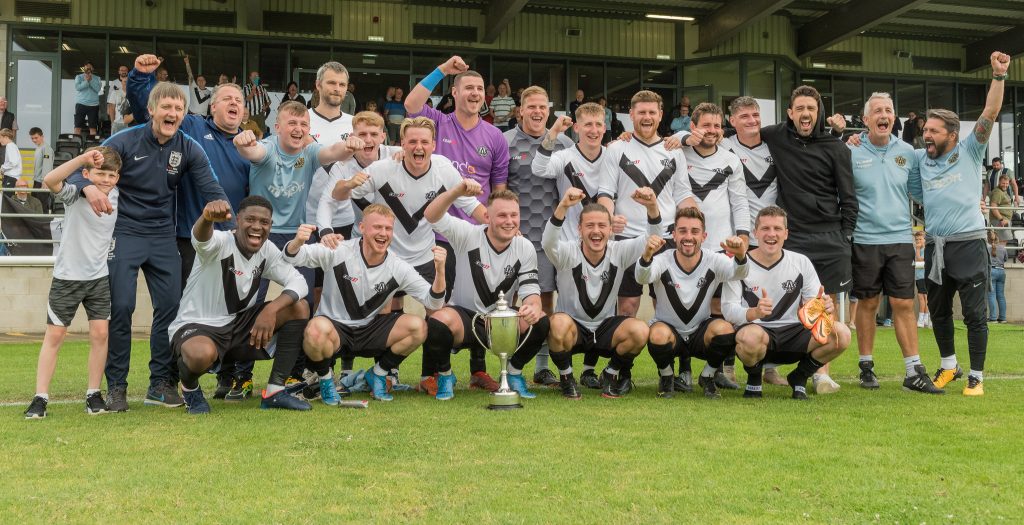 Ashington FC manager Ian Skinner was naturally ecstatic on Saturday evening after his side had fought back from a two goal deficit to win the JR Cleator Cup against North Shields at Woodhorn Lane.

Indeed the Colliers were unfortunate to go into the break trailing to goals from David Robinson and Dan Wilson – but they dominated proceedings after the break and drew level through Danny Anderson and ex Robin Lee Mason before Lewis Suddick headed a brilliant winner.

A beaming Skinner emerged from the victorious dressing room and was full of praise for his side: “I thought we had the bit between our teeth when we came out for the second half and certainly to coin a cliché in football, we just ‘ran over the top of them’ and they (North Shields) haven’t been able to deal with it. We moved the ball better than them; we’ve created more chances than them and I can’t think of a real clear cut opportunity which they have had in the second half – certainly I can’t remember our ‘keeper Karl Dryden having to make a save.”

He continued: “Obviously the goal by Danny Anderson early in the second half helped because it gave us a bit of confidence and belief – then we equalised soon after and I was pleased for Lee Mason who has got of the mark. For what turned out to be the winner, it was a great free-kick by Dean Briggs and a fantastic header from Lewis Suddick – who had only been on the pitch two or three minutes. To be honest, I didn’t think we ever looked like losing it – and if anything we looked the better at going to extend the lead. Robbie (Dale) has brought a good save from a free kick then Jordan Lashley has pulled one out of the sky from nowhere a couple of yards out from goal and also been thwarted by ‘keeper Finlay Hodgson. We just looked a threat – and I thought we thoroughly deserved to win.”