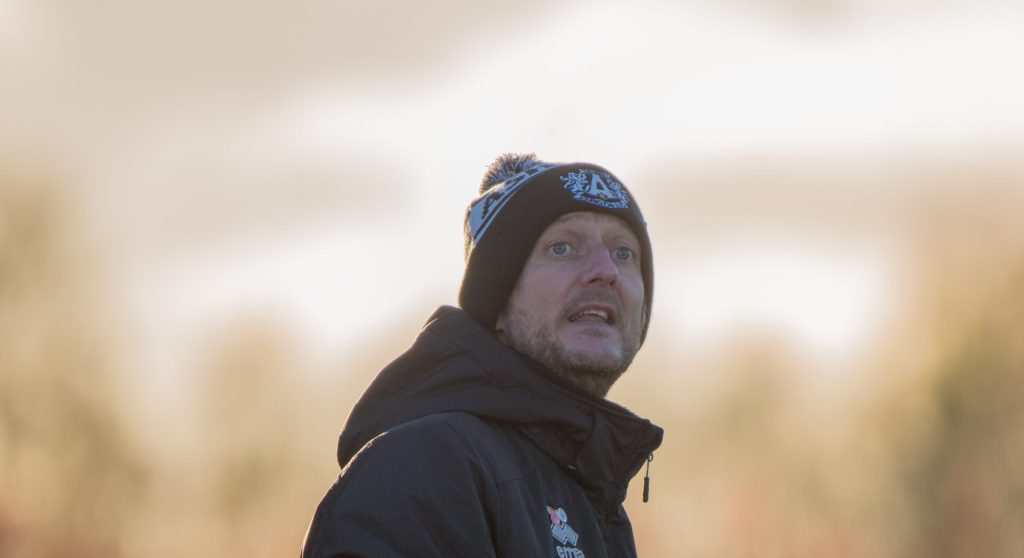 Ashington FC manager Ian Skinner looked on as his outfit arrested a four match losing streak on Saturday with a 3-3 draw against basement side Billingham Town on Teesside.

Now Skinner says the Colliers season hinges on Tuesday night’s Division One cup quarter final tie against Guisborough Town at Woodhorn Lane: “We’ll be treating the cup game just as we do with every competition where we want to try and win it,” he said, “I just hope that we apply ourselves and play the way we are capable of and hopefully on the night that will be enough. I think we’ve proved already over the course of the campaign that on our day we can be a match for anybody in this league and it would be nice to have something to show for it at the end. I look forward to a game of football every week – whether it’s the league or the cup and I’ve said it many times before that on the day all that matters in cup football is the result. Yes as a manager you would like the perfect performance and the result to go with it – but if you just get the result and the performance is below key at least you progress.”

He continued: “Tuesday’s game is massive because our season hinges on it. We’ve got two tough league games left against Thornaby and Consett and we still want to finish as high as we can but the cup game against Guisborough gives us an opportunity to go further in a competition which we can still win.”

Skinner believes the Ashington supporters have a vital role to play: “Hopefully our fans will come out in their numbers and stick with us – as they already have done this season – and the noise they generate can make a massive difference to our players. It would have been nice to have got a win at Billingham Town over the weekend to go into Tuesday with more confidence but it wasn’t to be.”

Skinner revealed that injuries have clouded his team selection for Tuesday’s 7.30pm kick-off at The dwmedia Stadium: “We’ve got a few walking wounded and will need to check on the fitness of Max Cowburn, Jordan Lashley and Jamie Hanson,” he said, “I would imagine Hanson will be a big doubt whilst hopefully the other two (Cowburn and Lashley) are just knocks. That said we’ve got Bobby Taylor who can come back into contention.”