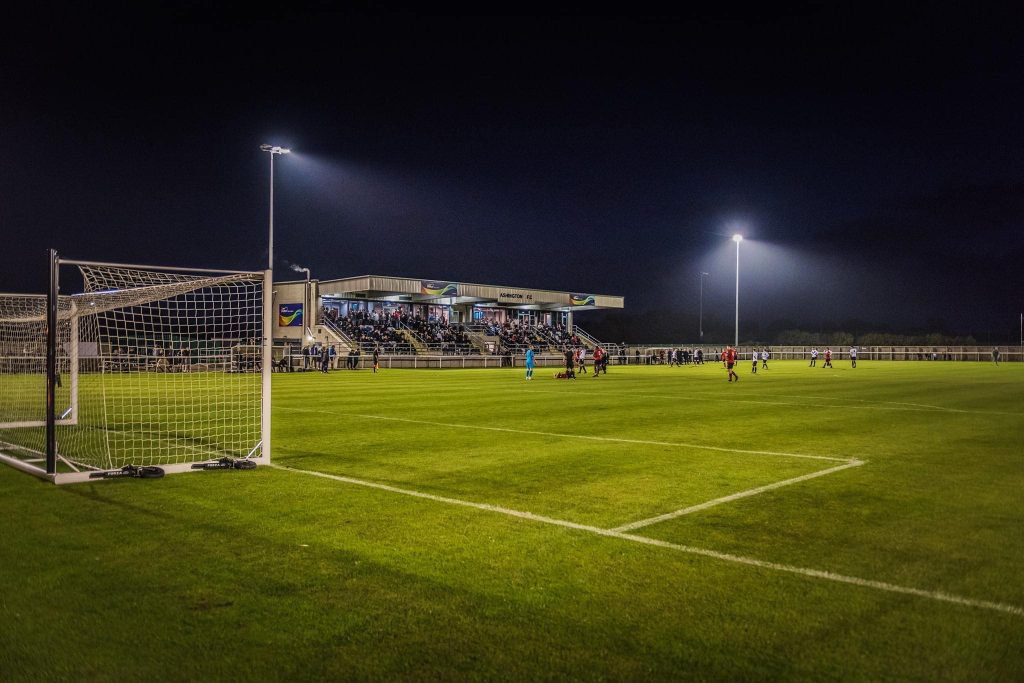 Jordan Lashley came off the bench to help rescue a point for Ashington after scoring a late equaliser against Billingham Town on Saturday.

The 23 year old – who after being introduced as a substitute scored four in the league clash at Redcar Athletic at the beginning of last month – said: “It’s always good to get on the score sheet especially in the role of a substitute because that’s what the manager asks of you – to try and get a goal and make an impact. I think when we went 2-0 up, we became complacent and that’s why we had lapses in concentration and made some mistakes and let them (Billingham) back into the game. They’ve then rode on the momentum and gone 3-2 up, sat back in and tried to defend what they had. However, overall, I was disappointed that we couldn’t get a win.”

Lashley – a chat advisor for BT- now turns his attentions to Tuesday night’s home clash against Guisborough Town in the quarter finals of the Division One Cup: “I’m happy to start or be on the bench – as long as I can help the team in any way,” he said, “Obviously you want to be starting games but we’ve got to go into the game with the mindset that our season depends on this cup because for the past four and fives games we have been lack-lustre and poor and we really do need to finish the season strongly. The cup is a really good opportunity for us especially with the winners having a home tie in the semi finals.” He continued: “It’s going to be a test because obviously we were put to the sword by Guisborough in our league game a few weeks ago when we were really poor. It hurt losing 6-1 against them at home and there was silence in the dressing room afterwards because everyone knew the result was much below the standards which we have set.  I’d like to think that we can put on a show for the supporters because they are coming along spending their hard earned money to watch us – and if we can play the football which we know we are capable of and the crowd can cheer us on, then who knows?”