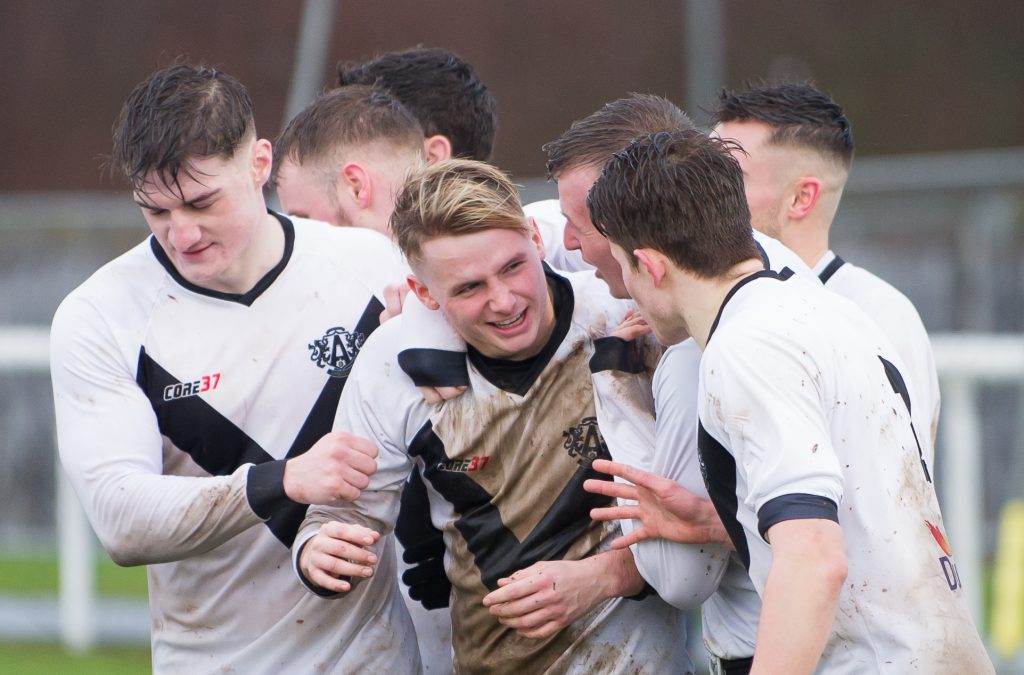 For Ashington FC’s Craig Spooner, his second goal in the 4-2 win over West Allotment Celtic at Woodhorn Lane on Saturday was just another to add to a rapidly growing collection of outstanding finishes!

The midfielder took his tally for the season to seven after scoring a peach of an effort from 22 yards – and reckons it’s one of his best ever!

“I turned and had no-one around me and I hit it – and as soon as I did, I knew it was going in,” he said, “The goal had wind assist on it with the wind blowing downhill but I’ve struck the ball cleanly and its gone straight into the top corner – with my weak foot to be honest so it’s got to be one of my best.”

The 23 year old – a joiner – may have nailed his second goal but admitted there was an element of good fortune with his first – even though it finished off a sweeping move which put his side 2-1 ahead: “I glanced at it (the ball) and I was lucky when it went in to be honest – but I’ll happily take those chances,” he added.

Spooner was delighted that the Colliers had returned to winning ways: “The conditions were terrible and hard to play in but when we got the ball down I thought we did really well,” he said, “It was a bit scrappy at times – but it was nevertheless good to come away with the three points.” Cramlington-based Spooner added: “I’m loving my time here at Ashington. I’m scoring goals and all the lads as well as the gaffer (Ian Skinner) are brilliant – plus the team are playing well.”