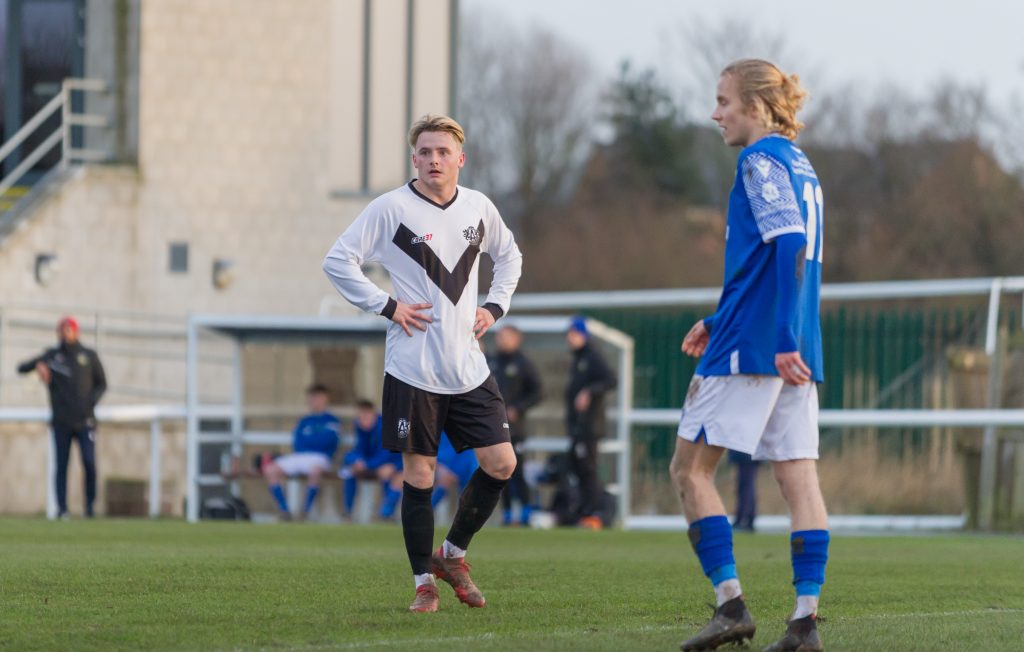 Spooner has the utmost respect for the Shieldsmen and their management team who gave him the opportunity to trade his skills after he was released by Newcastle United.

But on Tuesday, the Ashington-born 23 year old will be hoping that his side can bounce back after Saturday’s narrow 2-1 defeat by Sunderland Ryhope CW and put a spoke in the Robins’ current form and promotion challenge.

Cramlington-based Spooner said: “North Shields took me in when I was released from Newcastle and they got me back playing and enjoying my football. Credit to the two gaffers (Marc Nash and Anthony Woodhouse) who I get on with really well and who still ask me how I am doing. I was at Shields for two to three seasons before being injured whilst playing in a charity game and missed about a month of the season.”

He continued: “When I returned to fitness, I didn’t really get in or around the team so I joined Ashington because I just wanted to start playing week in week out and the manager (Ian Skinner) has given me that opportunity. My fitness is improving all the time; I’ve scored a few goals and the team are doing well which is the main thing.” Looking ahead to Tuesday night’s clash – which has a 7.30pm kick-off – Spooner added: “I get nervous all the time and North Shields is a big game. They (North Shields) are doing well in the Buildbase FA Vase as well as the league and credit to them. They have got a really good side but I’m hoping we can show them that we are also a decent team who can play well and score goals.”