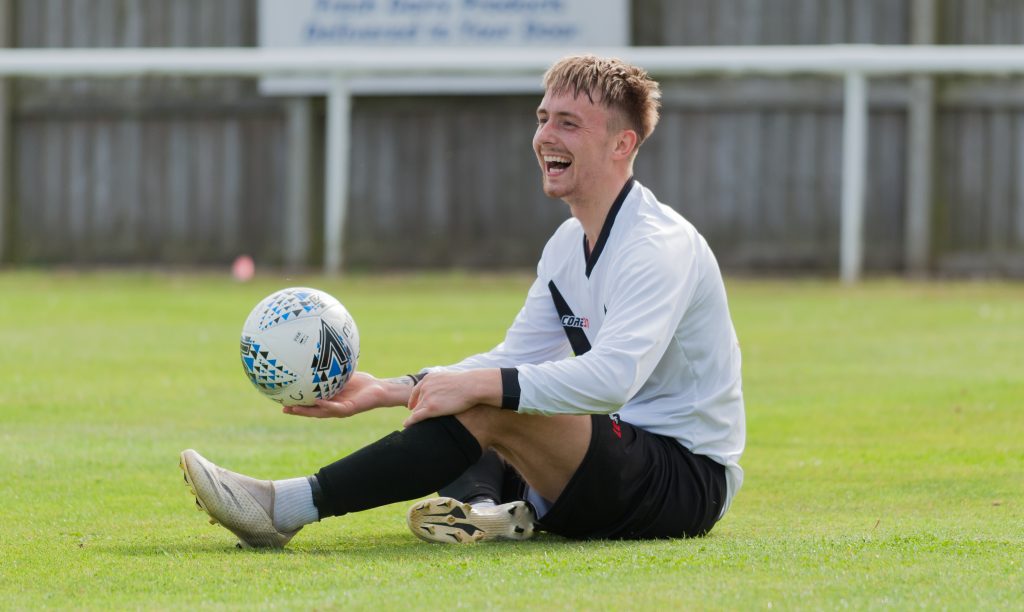 Ashington FC winger Bobby Taylor says he will be ‘knocking on manager Ian Skinner’s door this week’ hoping to book himself a place in the starting line up against Sunderland Ryhope CW on Saturday – after coming on as a substitute against Sunderland RCA at the weekend and hitting the all important winner!

The Newcastle-based 25 year old had several reasons to be happy on the final whistle at the LGV Park ground including breaking his ‘duck’ after a decade of disappointment: “I’ve been playing at Northern League level for ten years now and I can’t ever recall winning a game there before – until today,” he said, “It’s always a difficult place to come too. I knew it was going to be tough coming off the bench so apart from getting the goal it was also an extra special feeling to get the result and the three points.”

Taylor described his strike which came with eight minutes of normal time left on the clock: “The ball was spinning over my head so the first thing I had to do was touch it down,” he said, “as soon as I had got a good touch, it was a case of hitting it (the ball) as well as I could. It bounced in front of the ‘keeper and sneaked into the bottom corner so I was very happy. I’ve been lacking a couple of goals this season but hopefully I can now add to my tally over the rest of the season.”

North Shields-born Taylor added: “I’ve had to miss some sessions through work commitments but now I’m back in full training and I think I’m playing well – so I’ll be knocking on the manager’s door this week in the hope of securing a place in the starting line up on Saturday!” The Colliers make a swift return to Sunderland on Saturday (January 22) when they face Ryhope CW in a top of the table billing: “We are taking one fixture at a time,” said Taylor, “Every team talk is centred around ‘winning this game’ and not worrying or looking to the rest. It’ll be a very tough match but if we win, we’ll go above them (Ryhope CW) and I’m looking forward to the challenge.”