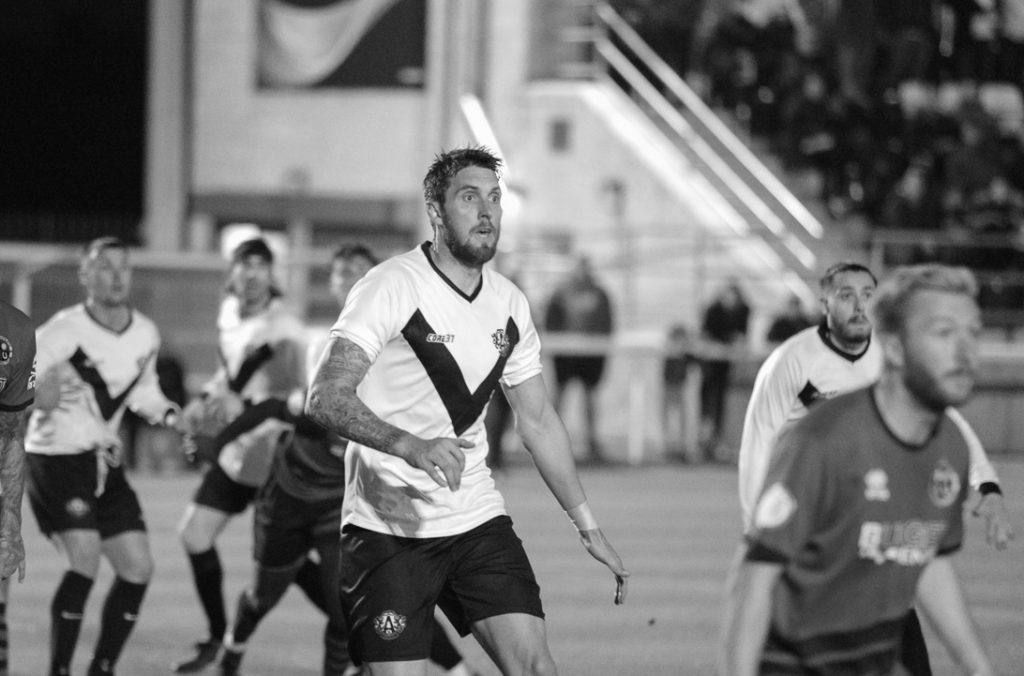 Ashington FC captain Ben Harmison is looking enlist the help from the fans at Woodhorn Lane to help spur the Colliers on when they welcome Ebac Northern League first division league leaders Consett to The dwmedia Stadium on Saturday (November 13).

Harmison was appointed as the new skipper last weekend to replace Dean Briggs who has emigrated to Dubai.

Ashington went down to a 5-0 reverse at Thornaby last weekend and Harmison – pointing to the statistic that following every defeat, Ian Skinner’s men have bounced back – has asked the home supporters to play their part: “The game should attract a big crowd,” he said, “our fans have been excellent again this year and hopefully they’ll be able to help us on Saturday.”

He continued: “We have lost a couple of players who are hard to replace and to be honest you are looking towards higher leagues to replace Dean Briggs. Hopefully the management are looking to bring in a centre forward but if not, we will have to play with what we have got and lads will have got to step up to the plate, take responsibility and have a bit of belief. The defeat at Thornaby has hit us hard today but we have got two good training sessions during the week to get a bit of confidence and every time we have lost we have bounced back – so it should be a good game against Consett.”

Meanwhile manager Ian Skinner said about the possibility of new signings: “Anybody who comes in has to be good enough or has to be better than what we have got. We are not just going to sign people to make the numbers up.” For Saturday, Max Emmerson and Tom Bramley are both ruled out but Bobby Taylor should return to the squad. Kick-off is 3pm.