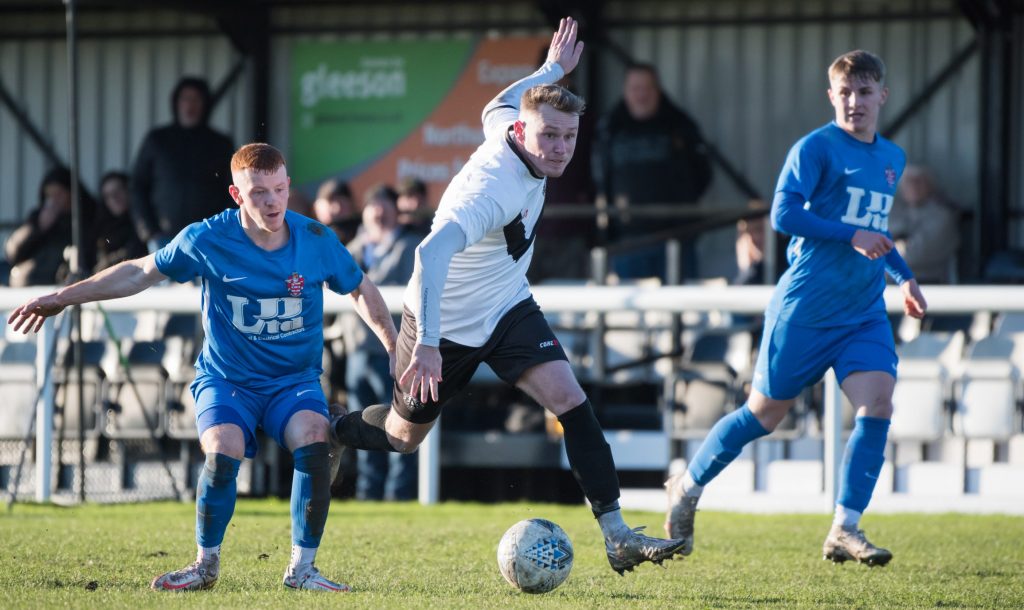 Ashington FC manager Ian Skinner stated at the weekend that talismanic skipper Dean Briggs is quite simply irreplaceable – after the midfielder emigrates to Dubai today (Monday).

Briggs – who had plundered 15 goals for the Colliers already this season including one in his final game against Billingham Town on Saturday – admitted that he could not turn down the offer of a job opportunity whilst Skinner said Briggs will be a big miss: “There’s only one Dean Briggs,” noted Skinner, “you don’t replace him and consequently he’ll be a big miss. We can try and find a similar player – but we would never find an identical one to Dean. He’s been fantastic since the minute he walked through the door at this football club and I can’t speak highly enough of him. He’s a good character to have around the place and what you see on the pitch is quality whilst what I see off the pitch – within and around the group – is also great.”

He continued: “Dean has created numerous opportunities for us; he’s scored lots of goals for us and some really important ones – and we’ll miss him. It’s a difficult decision for him to make as a young lad but he has been away from home before when he went to Australia. We wish him all the best in his venture over in Dubai and I’m pretty sure if there was ever an opportunity that he was to return back to the UK then this would be his first port of call.”

He went on: “We won’t be able to replace him but what we have got at Ashington is quality players. Karl Ross has come on today (against Billingham Town) and scored another good goal whilst with every game he plays, Craig Spooner is getting better and is starting to settle in. So we will turn to the players who are currently playing and who will be available and we’ll ask them to step up and show their worth and value – and I’m sure they will.”