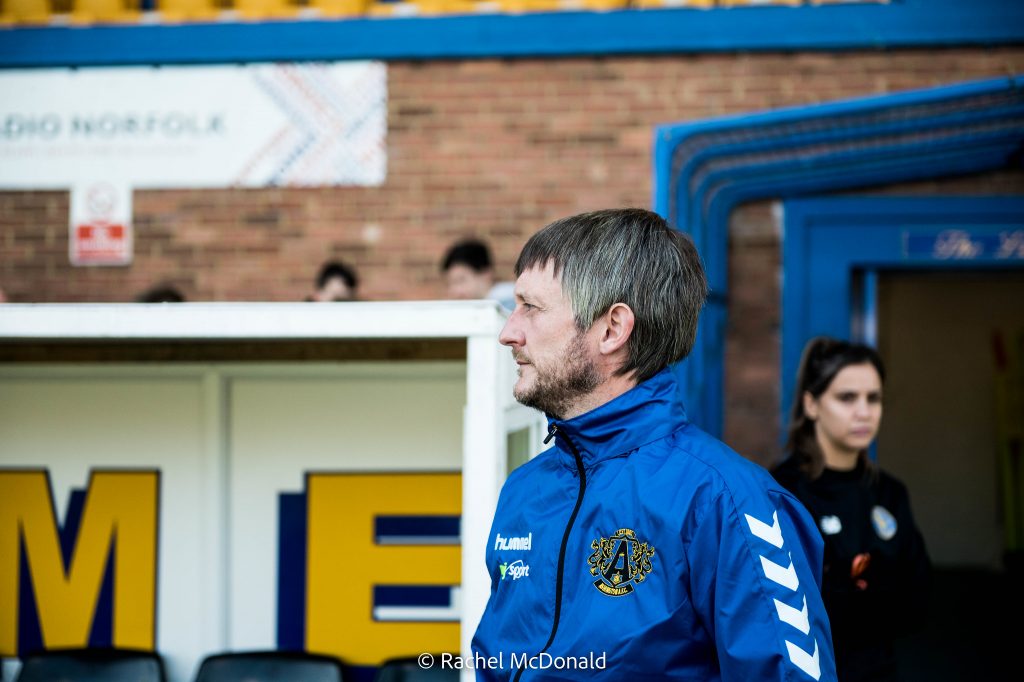 Ashington FC manager Ian Skinner is hoping to strengthen his squad ahead of Christmas and the New Year – with several of his players scheduled to make a return.

The Colliers were due to make the short trip to face Heaton Stannington on Wednesday (December 14) in the quarter final of the Techflow Northumberland Senior Cup, however this match has been postponed and moved to January 18th after the freezing temperatures over the last few days.

On Saturday Ashington have their first home game for a month in the Ebac Northern League when they take on Carlisle City (3pm). Then waiting around the corner is their mouth-watering top of the table clash against local rivals Whitley Bay at Woodhorn Lane on Boxing Day.

Although goalkeeper Kyle Hayes, Lee Mason and Dan Maguire are returning to the fold alongside Lewis Suddick, Skinner revealed that midfielder Dean Briggs is expected to remain on the sidelines for another couple of weeks: “We had to send Dean for a scan on his ankle because he had a reaction after coming on as a substitute at West Auckland,” said the boss, “However, the scan showed nothing too sinister other than a high grade two tear in his ligaments. That usually means about eight to12 weeks out of action but Dean has missed six weeks already so we’ll just have to monitor the situation.”

Skinner – speaking after Saturday’s match against Redcar Athletic had been called off on Teesside – added: “Potentially Kyle Hayes will return now that he and Lewis Suddick have completed their training courses for their work occupations. Lee Mason and Dan Maguire would have been in the match day squad at Redcar today and again we will need to get them back up to speed as quickly as possible and get them as many minutes as we can. Obviously we don’t want to cause them too much stress or load them too quickly too soon so it’s about managing them properly.”