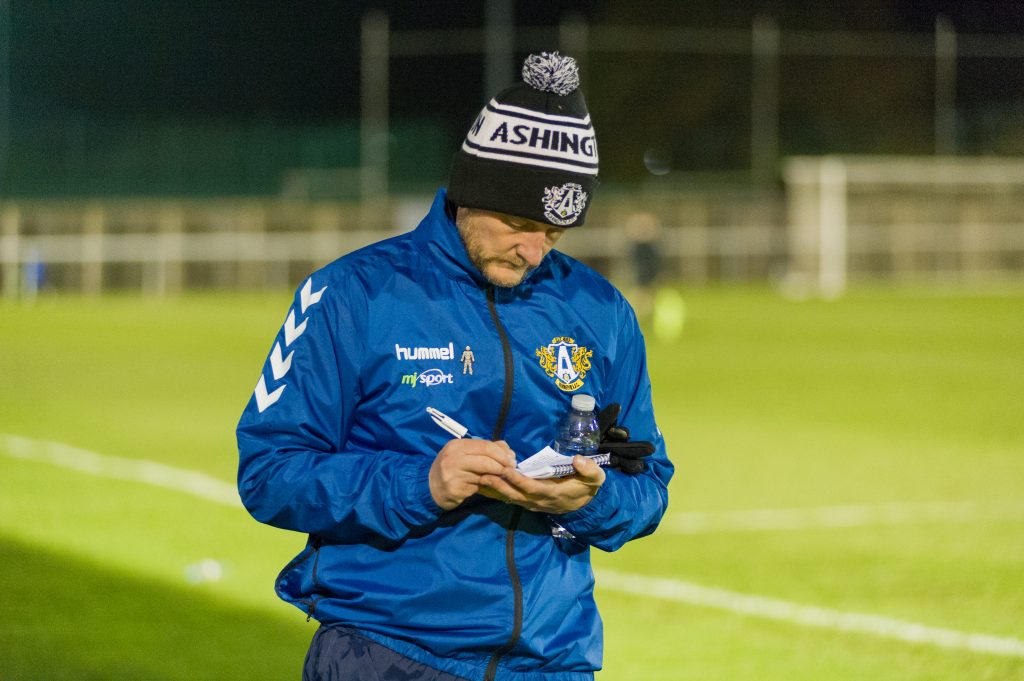 Ashington FC manager Ian Skinner said he thought his side dropped two points after the 1-1 draw at Heaton Stannington on Wednesday night.

The Colliers trailed in to a 27th minute opener from Daniel Stephenson before skipper Ben Harmison stoked home the equaliser 11 minutes from the end or normal time.

Skinner said: “We’ll take a point because we lost against Sunderland RCA on Saturday. It’s always nice not to lose back to back games – but all in all I thought it was two points dropped tonight. We had lots of the ball, so it was a similar story to last Saturday (v Sunderland RCA) but I thought we passed it with a bit more of a purpose tonight. We certainly got into some good areas but our play in the final third wasn’t quite where it has been in previous games. Credit to Heaton Stannington who I thought worked really, really hard in order to try and stop us playing – and then tried to attack us down the sides where they have got some quick and lively players. The game plan for them worked in terms of they went ahead and were then able to try and sit in a little bit and invite us onto them to try to get us to come out to create space for their pacy players to catch us on the counter attack.”

He continued: “Second half we came out and it was a similar story to the first 45 minutes. We are on winter pitches which are very heavy and we need to get used to that – but it just goes to show what a good job our groundsman Scott Robson does at Woodhorn Lane. Again we got into some good areas and threatened their goal a bit more and their ‘keeper (Tom Flynn) has made a couple of saves. He made a good one in the first half when he got down low from a Ben Harmison header and he’s made a couple of very good saves in the second half. I thought we were coming into the game and felt as if we would get something from it. We weren’t playing as well as we could but the amount of possession we had, there was going to come a point where our quality would come out in the end.”

Skinner added: “I then did something which I have never ever done when I made four substitutions together. We changed our shape and I thought we really took control of the game. We started to overload in wide areas; we started to get runners off Ben Harmison in behind and we started to pick up second balls which we didn’t do anywhere near enough in the previous 70 minutes of the game. “

He went on: “We sacrificed our principals a little bit towards the end to try and make sure we got something out of the game. We went a little bit more direct into Ben Harmison and looked to get down the sides a little bit quicker and put balls into the box earlier – and we got our just rewards with Karl Ross running on the end of a Harmison flick on. He then rode a couple of challenges and he’s managed to roll the ball into Harmison’s path and he’s finished across the ‘keeper – and if I’m honest we should have gone on and won it.”