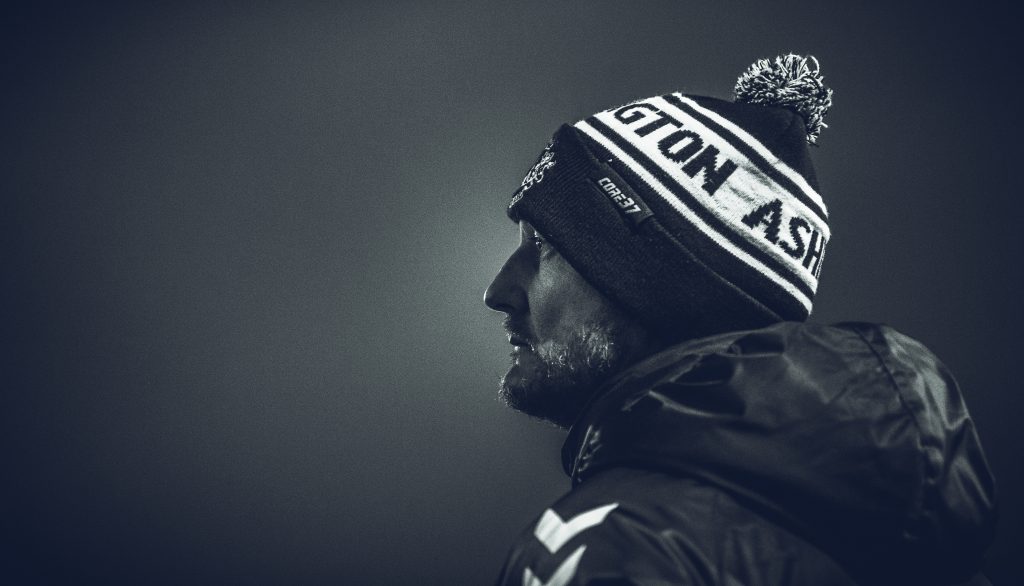 Ashington FC manager Ian Skinner said his sides 2-0 defeat against Sunderland RCA on Saturday was a blip and not a disaster.

A first half brace from striker Kyle Fryatt brought the Colliers sequence of five consecutive wins to a halt at Sunderland LGV Park and afterwards Skinner commented: “Obviously it was disappointing that the run came to an end but full credit to RCA who worked really hard for the win today. But as far as I’m concerned it’s a blip – it’s not a disaster. We were always going to lose more than one game in the season in the league and it’ll be how we react on Wednesday night (November 30) when we go to play Heaton Stannington.”

Skinner reflected on the first half: “I thought we started the game okay and probably dominated the ball for 20 minutes or so,” he said, “Albeit we were a little bit slow in moving the ball but we created one or two half chances. However, when we got into the final third we were a bit loose with the final pass. It was almost as if it became a little bit too easy for us in terms of having lots of the ball and we started to make poor decisions and tried to play the difficult pass instead of doing the simple thing.”

The boss was disappointed with both goals conceded: “We were punished for two unforced errors really,” he added, “We gave the ball away really, really cheaply just inside their half and they’ve played one ball in behind. Fryatt has run onto it and took the goal really well with a little lift over the keeper. Likewise for the second one, we were too casual playing out from the back and our ‘keeper Karl (Dryden) knows he has made a mistake by lofting the ball straight to their player (Fryatt) and he’s gone through and it’s 2-0. It gives them (RCA) something to work for and fight for and again as the half progressed I thought we still had lots of the ball but didn’t really do enough with it.”

Without a trio of strikers in Dan Maguire, Lee Mason and Ben Harmison, Skinner refused to make their absences an excuse: “Second half was disappointing coming down the back as we turned the game into a bit of a scrap as opposed to a football match and I don’t think we passed the ball as well as we could,” he added, “That said we got into some good areas on three or four occasions and have hit the post twice and had a couple of blocks but all in all we weren’t at our best. We were missing a lot of players but injuries are part and parcel of the game so we’ll not use that as an excuse. But obviously our three top goal scorers weren’t playing today and when you take those out of any team then obviously it makes the job a bit more difficult.”

Skinner then elaborated on positives to come out of the reverse: “I thought AJ (Adam Johnson) came in today for his first start in a while and worked really hard whilst we also got some minutes into Robbie Dale who has been out for ten weeks,” he said, “But this group of players are really good at bouncing back from a poor result – the last time was at home to Heaton Stannington and after that we then won five games in a row. So hopefully it’s just a case of pressing the reset button and refocusing and getting back to doing what we do well. What we need to understand is that the pitches are changing now so some of the type of football we played early in the season is difficult on difficult pitches and we’ll need to look at different ways in which to play – starting first and foremost by making sure we compete.”

For Wednesday’s short journey to face Heaton Stannington (7.30pm kick-off), Skinner said he will need to check on his trio of injured strikers – Maguire, Mason and Harmison – before naming his line up.