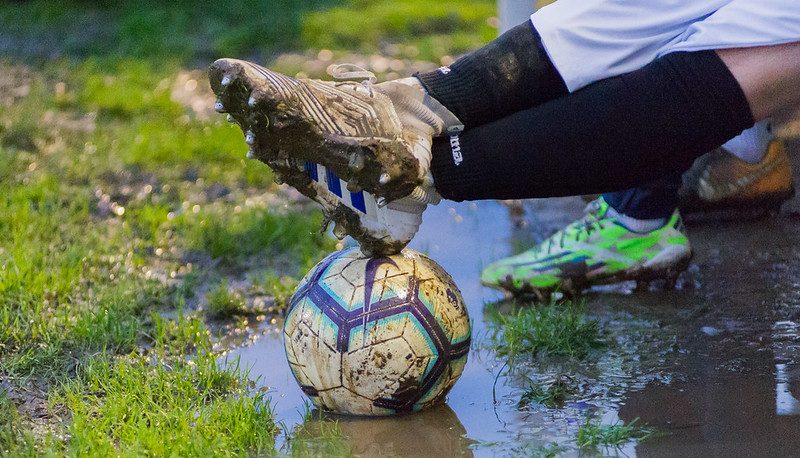 And afterwards, Harmison admitted that his side – 2-0 up at the break – had not fired on all cylinders: “I thought overall that we deserved to win – but we made it hard for ourselves second half,” he said, “We got really complacent and stopped trying to score goals. We needed to get that third (goal) because all of a sudden if it (the game) goes to 2-1 there’s a bit of pressure on you – and that’s what happened. They then got the equaliser and the game was so open it was anyone’s for the taking.”

Harmison elaborated on the move which led to the high drama – with the third penalty of the game being awarded in the dying seconds of the game: “I put a diagonal ball through for Dan Maguire and he’s ended up getting a penalty which I put away,” he added.

Harmison believed he was playing in the back four – until a late change of plan: “I thought I was playing centre half today but the manager tweaked things and with the conditions, he wanted to play me up front just to give us a bit of an out ball,” he said, “I was comfortable taking the two penalties and I was just happy they went in to be fair. Even though we were poor for half an hour in the second half it shows the character of the team because we kept going and kept putting balls into the box at the end. We needed that bit of luck and we managed to get three good points.”

Ashington start a run of six consecutive away games when they go to Sunderland RCA on Saturday (November 26) and Harmison said: “Naturally, it helps playing at home with the big crowds but we’re looking to it and hopefully the fans will travel to support us. We had a couple of players missing today but we’ll have a couple back for Saturday and we’ll continue to take it game by game.”

Manager Ian Skinner hailed the versatility of Harmison: “I think with Ben it’s fantastic to have somebody like him who can do a brilliant job at both ends of the pitch. Last season we really bore the benefits of him as a centre half but I think this term – and certainly in this run of five straight wins – we are seeing the benefits of him as a centre forward in terms of him occupying defenders; always keeping the opposition on their toes and allowing us to mix our play up.”

He continued: “With Ryan McKinnon unavailable, the easy option today (against West Allotment Celtic) would have been to play Ben at the back. The pitch was going to cut up and be difficult to play on and would be heavy underfoot and we wanted to leave him (Ben) up top. We asked one or two others to play in slightly different positions – credit to them – and we got our just desserts. Ben scored with two penalties after creating them both so fair play to him and he is now the top goal scorer at the club. The irony is that when we asked Ben last season, he said he preferred playing at centre back – but I wonder what his answer will be now!”