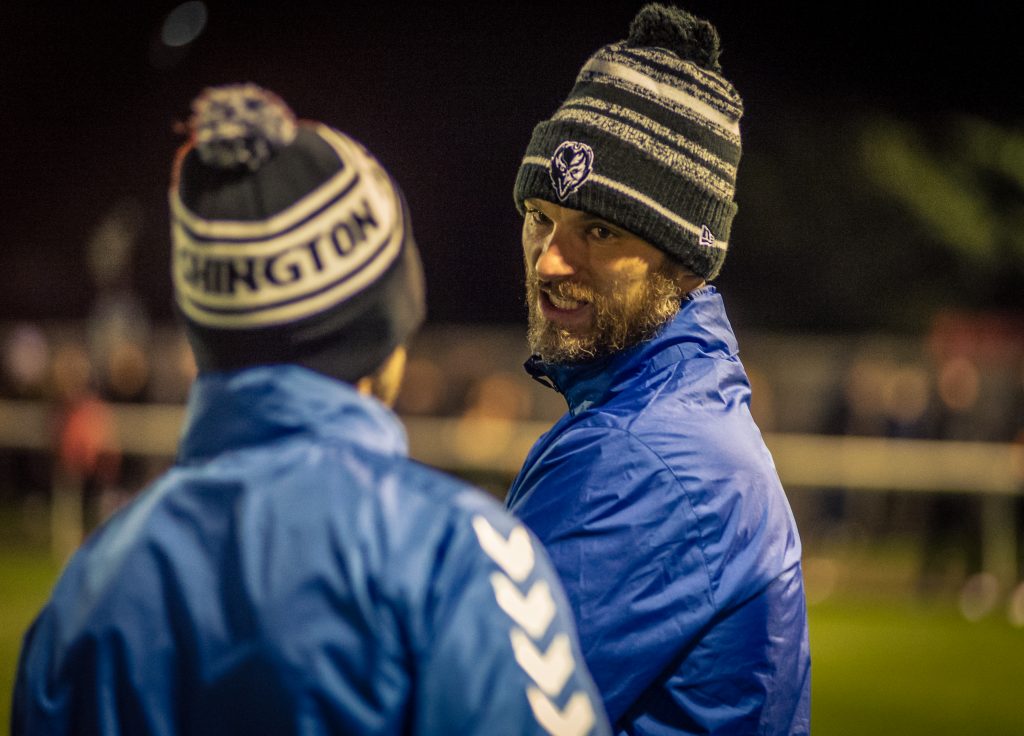 Ashington FC manager Ian Skinner – appreciative of the support his team receives from the Woodhorn Lane fans – has asked them to again come out in force and ‘raise the roof’ for his sides top of the table clash against Bishop Auckland at Woodhorn Lane on Saturday.

The Colliers attracted another whopping attendance of over 500 for Tuesday’s Ebac Northern League first division clash with Whickham – which certainly didn’t go unnoticed by the Colliers boss: “The backing was brilliant and they sang throughout which was great,” he said, “Now we want them back on Saturday to be equally as vocal and equally as supportive of the team and to raise the roof.”

The 4-1 win over the Lang Jacks propelled Skinner’s outfit – who are languishing behind with their league fixtures due to their exciting and prolonged run in the Emirates FA Cup – up to fourth in the table.

Skinner reckons Saturday’s mouth watering contest will develop into a ‘very good game’ – but says the club will be treating it just like any other: “Yes, it’s a clash between two teams at the top – but from our point of view, it’s just another match in our programme,” he said, “We obviously want to get three points from every home game because if you can do that, and then win or pick points up on the road, the law of averages and statistics tell you that you’ll be there or thereabouts at the right end of the division come the end of the season. Certainly it’ll be a tough encounter because Bishops have got a fantastic squad which they have added too recently. I’m sure it’ll be a very good game between two very, very good squads and two very good footballing sides and we are all looking forward to it.”

Skinner added “Paul Robinson, who has been on the treatment table recently, has got a chance to come into the squad and I also need to hear reports from one of two others but Dean Briggs and Robbie Dale are both ruled out.”