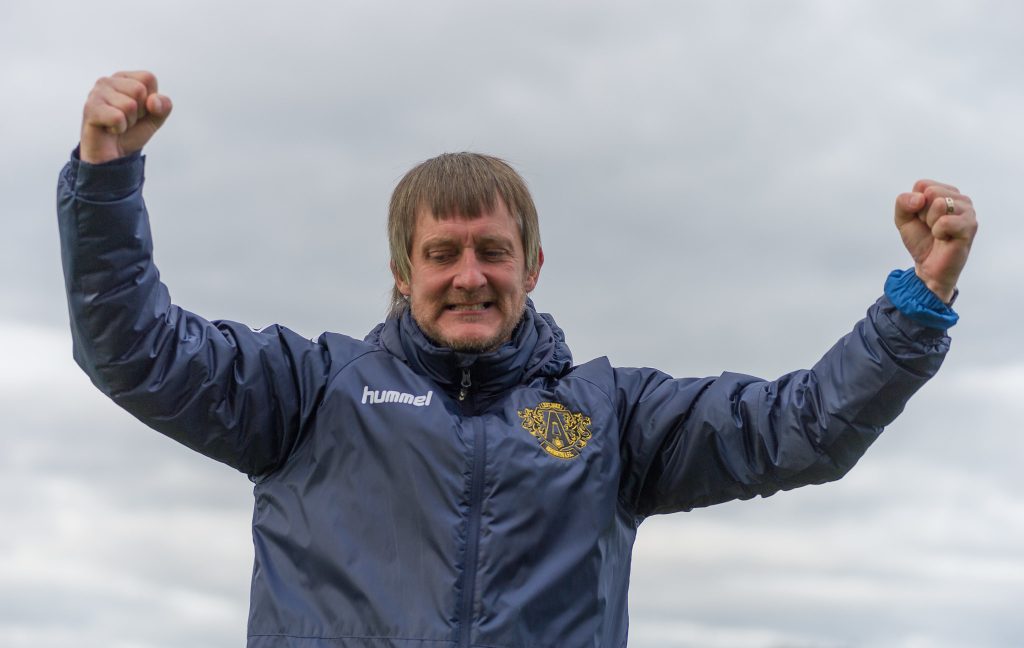 Ashington FC manager Ian Skinner said within minutes of his side knocking Bradford Park Avenue out of this season Emirates FA Cup after a merited 2-1 victory, that when the draw for the third qualifying round is made on Tuesday, that no team will fancy a trip to face his side at Woodhorn Lane.

An upbeat Skinner said: “Our club have got a group of players who play in the Ebac Northern League but without being disrespectful lots of them already have – and others could – play at a higher standard – and they’ve shown that.”

He continued: “People can say we beat Ashton United who are two divisions above us and that in the FA Cup things like that happen and it goes down as being a bit of a shock – well Bradford Park Avenue, who play three leagues above us, came to our ground on Saturday and we beat them as well.”

He went on: “I have already said that I’m hoping for another home tie in the next round because nobody will want to come here – we’ll be the team that others will be saying ‘I don’t fancy going up there!’