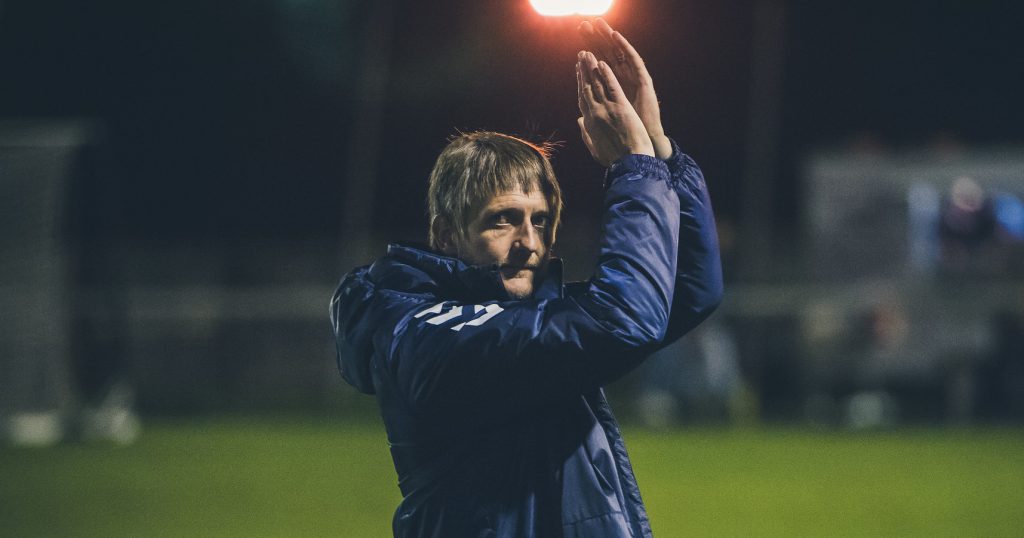 Ashington FC manager Ian Skinner took time out from celebrating Tuesday night’s 3-0 replay victory over Ashton United in the Emirates FA Cup – to heap praise on the outfit who are based in Greater Manchester.

Ashton were blown away on the night by a sensational performance from Skinner’s side but the Colliers boss said afterwards: “I’d like to give a little mention to the players and staff of Ashton because across the two games, they’ve been fantastic. We’ve had some really good and honest discussions and they are a fabulous set of people who take the role seriously which is great. They (Ashton) want the best for their club – and are where we aspire to be. Obviously they are two steps above us in the pyramid and hopefully our lads can see from the two games we’ve played against them, that we are good enough to be at that level.”

He continued: “I’d also like to thank Ashton United for their kind words at the end of the game and wish them all the best for the rest of their season.”