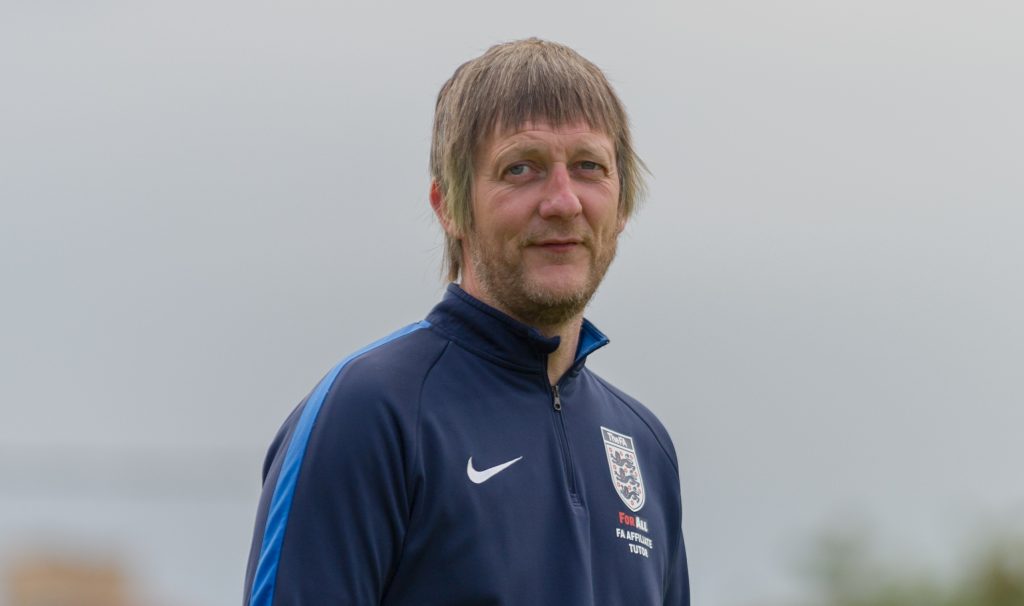 Ashington FC manager Ian Skinner – clearly delighted with the performance from his side who were excellent in the goalless draw away to Ashton United on Saturday – has praised the players who didn’t take part in the Emirates FA Cup first qualifying round game at Hurst Cross in Greater Manchester.

Skinner said: “We’ve come to Ashton and have kept a clean sheet – so that tells me that everybody has done really well. We’ve also fashioned chances at the other end so it shows me both in possession and out of possession we’ve been good.”

With 12 minutes to go Adam Johnson replaced Lee Mason whilst Luke Salmon came on for Paul Robinson later on: “It was a relatively tight game where changes sometimes disrupt the flow and the pattern of the game so we’ve made a couple because throughout the season we’ve had to manage Lee Mason (who has a slight injury) and I just felt that although Paul (Robinson) looked a real threat, he just tired a little bit. We just needed to try and shore up that side a bit in terms of attacking and Luke (Salmon) gives us that little bit of an opportunity late in the game to go more direct.”

He continued: “However, I feel I need to give a real shout out to the players who travelled but didn’t get onto the pitch. It’s part and parcel of the game but they have still been invaluable because a couple of times during the match when I’ve glanced along at the bench, I’ve thought ‘I’ve got good options whatever we might need here.’ All in all I was really pleased but preparations for the replay on Tuesday night have already started – and we’ll look forward to welcoming Ashton United to Ashington.”