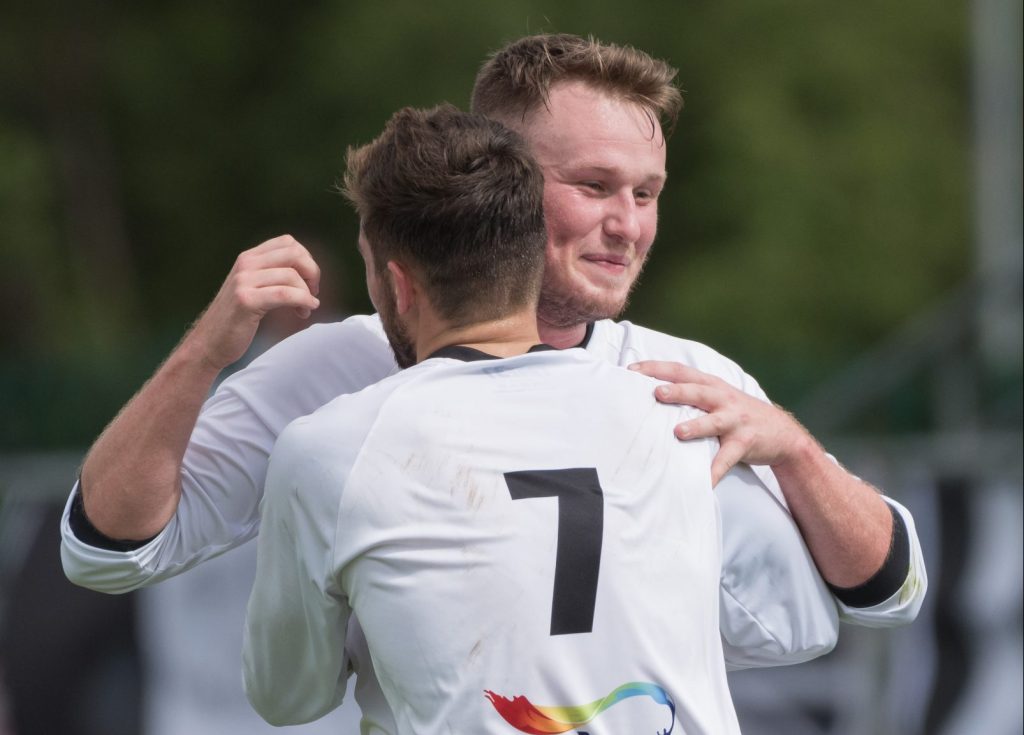 Skipper Dean Briggs described Ashington’s performance as ‘brilliant’ – after they had demolished Seaham Red Star 6-0 at Woodhorn Lane on Saturday.

Briggs said afterwards: “We know we are going to have a bit of a target on our back this year. We have signed some good players and have got the players to do it but it’s about applying it right and we did that from start to finish. I thought we were dominant throughout and kept the ball really well. We were sharp and played it (the ball) around really well. We worked hard off the ball and that’s all we need to do this year because I think our quality will come through.”

The 26 year old continued: “Seaham are usually a hard team to play against and I thought it would have been a physical battle – but we were a level ahead today. They (Seaham) are a big strong side but we didn’t even give them a chance in the air – we just kept the ball on the deck, played it around them and nobody could complain about our performance today as I thought we were brilliant. Robbie Dale did really well for us but Yannick Aziakonou was outstanding in defence. Yannick doesn’t really like dropping in there (defence) but he was my man of the match.”

Briggs – born in Wideopen – had several chances to get on the score sheet himself – including an opportunity which came his way after only 70 seconds: “I could have had three or four goals today,” he added, “However, I set a few up – and I think we will share the goals around this season with quality players up front. The players the manager (Ian Skinner) has brought in have been quality and with a lot of experience – and that’s what we needed from last year. We had a good side last season but we just needed that little bit of experience and the lads who the boss has brought in have been brilliant. It’s a great dressing room to be part of and the new lads have helped the younger ones. They have come in and have hit the ground running and a couple of them got goals today.” Ashington face back to back games at Woodhorn Lane this week.

On Tuesday (August 2), Northallerton Town make the trip to Wansbeck for a League clash then Newton Aycliffe are the visitors on Saturday (August 6) in the extra preliminary round of the Emirates FA Cup: “The crowd got behind us today and it was a great win – but it’s about taking one game at a time,” said Briggs.