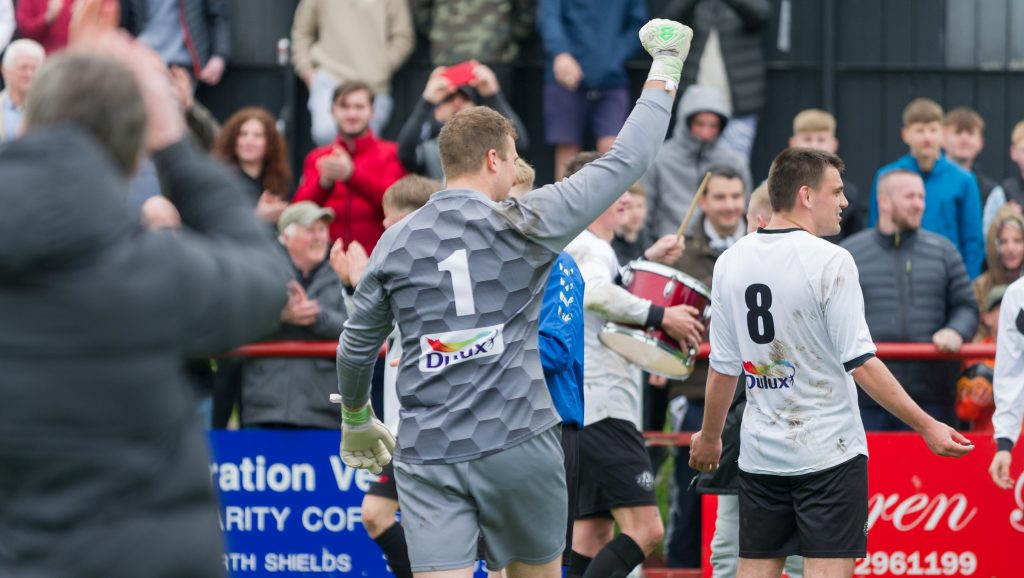 Ashington FC’s Adam McHugh admitted that he has left Woodhorn Lane with a heavy heart.

The ‘keeper said that working shifts coupled with the amount of travel involved from his Spennymoor base, meant he couldn’t fully commit to attending training sessions on a regular basis.

The 30 year old said: “With where the club are looking to go in terms of advancement, they are wanting two ‘keepers at training – and because of my circumstances where I work shifts as a fireman at Darlington Fire Station, as well as taking over an hour to commute from Spennymoor to Wansbeck, I couldn’t commit to making those sessions. However, I have loved my time at Ashington and consequently I leave with a heavy heart. When I first signed, the club were going through big changes with a lot of personnel alterations on the pitch and results weren’t ideal – but it was a rebuild. Over three years they have improved all the way and when you look at last term, they won the Ebac Northern League Division One Cup and could have finished higher up the table if results hadn’t tapered off. Now in the close season, some of the signings they have made shows the direction the way the club wants to go.”

McHugh who was born in Bishop Auckland, paid tribute to the club and its supporters: “Being at Woodhorn Lane is one of my most enjoyable experiences playing in non league football,” he added, “I have played at quite a few clubs but Ashington is the most friendly and welcoming and in my early days with them, when results were up and down, the fans stuck by the players the whole of the time. The club are in a better position now and the foundations are there for them to kick on further. It’s just a shame I won’t be there as it would have been nice to be part of a side who potentially go on to win the league or promotion. However, I leave with good memories and wish everybody – including the players and the management team – all the best. I’d like to see them do well – and I’ll be following their results.”

Ashington boss Ian Skinner said: “It’s obviously disappointing to lose someone of the quality of Adam both as a footballer and a person. In his three years at the club, he has been nothing short of brilliant both on the pitch and in and around the dressing room. He came to the club when we were in a tough situation and it’s a little bit of shame than now we are in a better situation, he will not get to see the next stage of the journey. However we appreciate he travels from Spennymoor and is also in the Fire Service therefore committing to both training and games at times can be challenging due to the distance involved.”