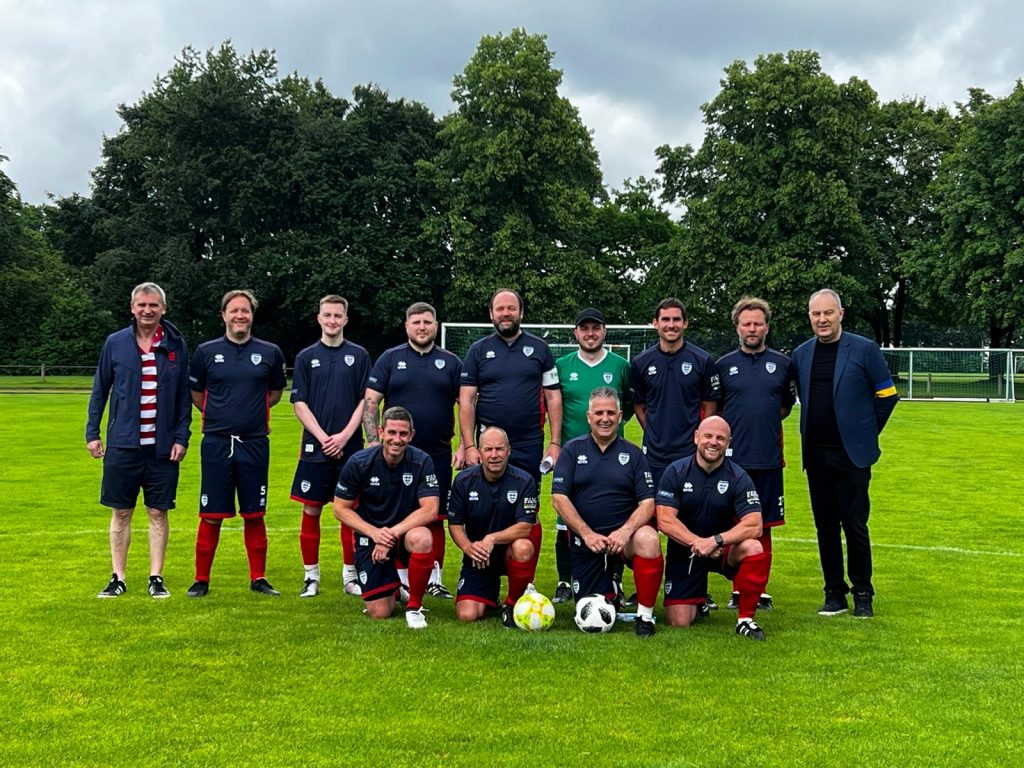 Two sets of football fans from England and Ireland are to contest a charity match at Woodhorn Lane on Saturday July 9 to honour one of Ashington’s favourite sons.

EnglandFans FC will take on ‘You Boys in Green’ from Eire to celebrate the life of Jack Charlton, one of England’s 1966 World Cup heroes and adopted son and legend of Republic of Ireland, who sadly passed away in 2020.

The match – for the Jack Charlton Memorial Cup – was to have been staged earlier but was deferred due to the Covid19 pandemic and organisers are hoping that the event will attract a bumper attendance.

Kick-off is 3pm and admission will be £5 for adults with children allowed in free and all gate proceeds will be shared between the Jack Charlton Disabled Anglers Association and the Alzheimer Society of Ireland.

Jack’s widow Pat will be Guest of honour at the game whilst Ms Carina O’Brien – the Vice-Consul General of Ireland for the North of England representing the government of Ireland – is to attend along with Jeff Barnes the President of EnglandFans FC, David Carrick the Chairman of the Jack Charlton Disabled Anglers Association and former professional player Andy Woodward.

Garford Beck – the founder and team manager of EnglandFans FC – said: “Jack passed away on July 10, 2020 so the fact that the match is taking place on July 9 means it will be held virtually two years to the day.”

He continued: “We have played ‘You Boys in Green’ on three occasions – in the Diplomatic Cup and two international friendlies – and have lost all three so we have a bit of a score to settle with them! Our friends from the Republic of Ireland, are really up for this game and anticipate bringing a sizeable support with them.”

He went on: “As well as paying homage to one of England’s greatest players in Jack Charlton, it promises to be another memorable event with, we hope, a sizeable crowd in attendance.”

In the dugout alongside Mr Beck will be his assistant and former secretary at the Woodhorn Lane outfit – Ashington based Brian Robson who said: “It’s an absolute pleasure to hold this event at Ashington FC to celebrate the life of Jack Charlton and I’m really looking forward to it especially with the game being on my doorstep.”

A full colour souvenir programme will be available to purchase on the day.