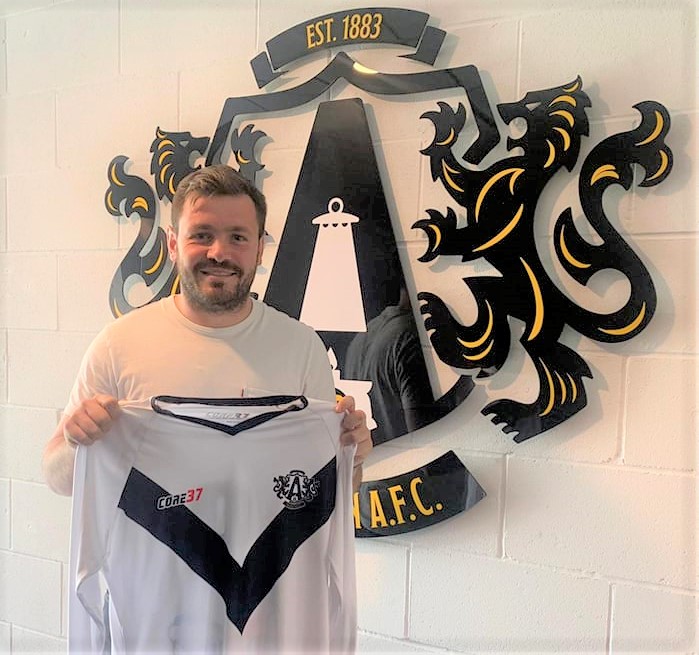 Andrew Cartwright is hoping to achieve back to back promotions – with different clubs in the Ebac Northern League.

Now the full back says he would like nothing better than to replicate the league success he had at North Shields last season – with the Colliers this time round.

The extra travelling involved with Shields was going to prove difficult for Newcastle-born Cartwright – who runs his own football coaching business – and he said: “I loved my time with them (North Shields) and winning the title was the icing on the cake. Now I’d like to do it again. Joining Ashington presents me with a fresh challenge and I’m looking forward to my time with them. They had a good team last year and have strengthened the squad and it is an exciting opportunity for me to take on board. I already know a few of the lads and I had no hesitation about signing for them.”

The Gosforth-based full back added: “It’s a tough league and you have got to be consistent but hopefully the experienced players will help in that department.”

Ashington boss Ian Skinner said: “Andrew comes with great pedigree in terms of having played for Blyth Spartans then he went off to play in Australia and obviously played in the very successful North Shields side last season. He’s predominantly a right full back and is really good from set plays so that will be an added bonus for us as well. Once I was aware that he could be looking to stay in the Northern League, he was someone who I was very, very keen to bring to the football club.” He continued: “Signing Andrew wasn’t just about what he can do on the pitch because he also fits into the type of character this football club wants to bring in – in terms of off the pitch and I think he’ll turn out to be a very good signing for us.”