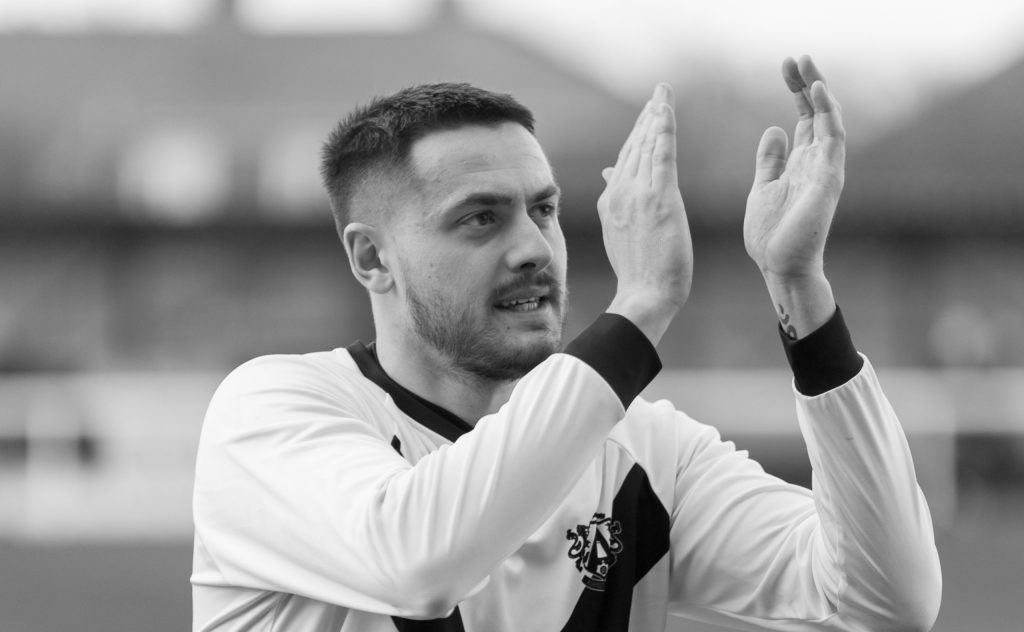 March has been a month of frustration for Ashington FC manager Ian Skinner. His side collected a midweek win at Redcar in addition to a Division One cup victory over Thornaby but are now on an unwanted run of four consecutive defeats in the league.

However, ahead of Saturday’s match against Newton Aycliffe the boss received some positive news from Tom Bramley and Ben Sampson after both declared themselves fit and available for selection – and Skinner was able to include both players in his squad of 16.

Bramley – out for over six months with an ankle injury – was named on the bench whilst Sampson was included in the starting eleven and had a superb match in the middle of the park.

Skinner said: “Tom (Bramley) has been out a long time but trained on Thursday and came through okay. We suggested he might need to try his ankle out so we put him in the squad today as a precaution really given the circumstances we found ourselves in last week where we were really short on centre backs. It wasn’t really to involve Tom if I’m honest then before the game, I thought we were a little bit short up top because of the injury to Adam Johnson. We played Jamie Hanson and Jordan Lashley up front and gave them an opportunity and I thought if the game wasn’t going our way and we needed to chase it, then it was an option to put Tom (Bramley) at the back and push Ben Harmison up top. As soon as Ben went up there for the last 20 minutes it was almost panic stations in the Aycliffe back line! He wins things and brings the ball down and brings people into play. Ben did really well to play the ball on for Jamie (Hanson) and then Jamie has put it on a plate for Harmison to tap it in for our goal. We’ll see if Tom has any reaction but if not then it gives us a little bit of a lift at both ends of the field.” Skinner also showered glowing praise on Sampson: “The hamstring injury which Ben picked up seems to have settled down really well and quickly so it mustn’t have been as bad as first feared and been more of a twinge as opposed to a pull, strain or tear,” he commented, “Ben trained last week and said he felt comfortable and that he had no reaction – so I put him straight into the side and I thought he was excellent. He gave us that bit of presence and was really good at breaking the play up – but what I really liked about him today was once he won the ball, he was really positive in driving forward. He carried the ball and drove at the opposition – and opposition players don’t like you running at them. I thought Ben would be in the running for almost being one of our best performers on the day and I was delighted he came back in. It was definitely a plus point and we can now consider him moving forward.”